Yes, I know, this situation is almost too much to process! Courtney Robertson spotted kissing Arie Luyendyk Jr.?!  But accoording to People magazine and TMZ the Bachelor siren and the Bachelorette heart-throb were spotted making out a week after Courtney ended her engagement to Ben! 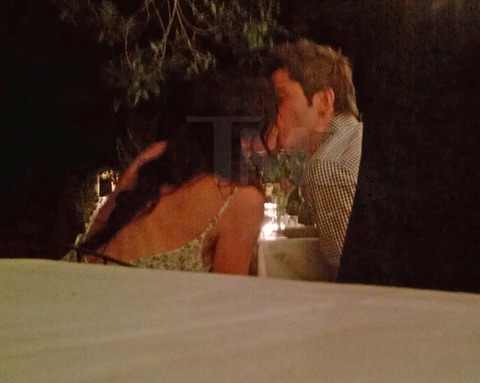 Apparently the two went on a date Thursday night at Quiessence Restaurant in Phoenix – which is coincidentally the same place Courtney took Ben Flajnik during their hometown date. And the two ended the one-on-one with a makeout session.

And it sounds like Courtney wasn’t hiding the hookup because she tweeted, “Beautiful night… #RedWineImFine” accompanied by a photo of two glasses of wine.

Incidentally judging by the tsunami of friends consoling Courtney on Twitter you would think she was devastated by the breakup and would at least need a little time to heal (more than a week), but apparently not.

Sounds like the Ben and Courtney break-up may have been less than amicable. I’d say we are “little surprised” by the this development considering our totally professional diagnosis of Courtney Robertson as Borderline Personality Disorder (diagnosis included a poll titled “What’s wrong with Courtney Robertson?“). BPDs move from one relationship to the next in a heartbeat unlike most people who need time to heal especially after an engagement. 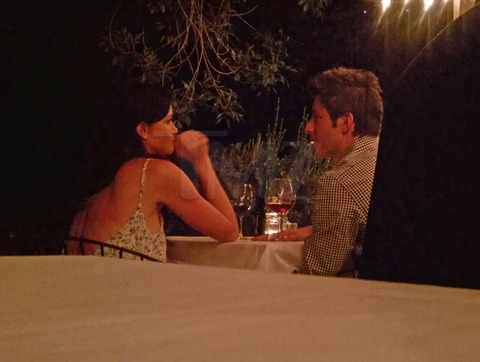 Watch out Arie! I don’t think you are prepared for this situation!
Apparently Ben and Arie even hung out in August in Sonoma, Calif. for an IndyCar event which has gotta make this situation sting even more for Ben. This begs the question …did Arie have anything to do with the breakup?

This is a major situation Bachelor Nation!!!! I mean one week has passed and Courtney is dating runner-up Arie Luyendyk Jr.! We tried to warn you in our Enneagram personality breakdown of Courtney that something was not right. At the beginning of the Bachelor you could tell she was still hung up on her ex-boyfriend. Then in the flip of a switch it was all about Ben.

In fact one source claimed this about Courtney:

“She’s like a monkey. She won’t let go of one branch until she grabs hold of another — and she’s always looking for a better branch.

Ben (our Enneagram 4) has gotta be bummed at how flippant she is being about ending her engagement to him. (BTW look for some emotional honesty and clues from Enneagram 4 Ben in the Twitterverse).
“Thank you all so much for the kind words and for believing in us,” Robertson wrote earlier this week about their breakup. “We did too, and tried our best! I really appreciate all the love and support.”

Ouch!!! Com’on Courtney at least try to act a little bummed! You are ending an engagement for the love of God!

Jef Holm and Emily Maynard break up: The end of Team JEM