The Bachelorette Recap Season 9 Episode 2: Your faves weigh in 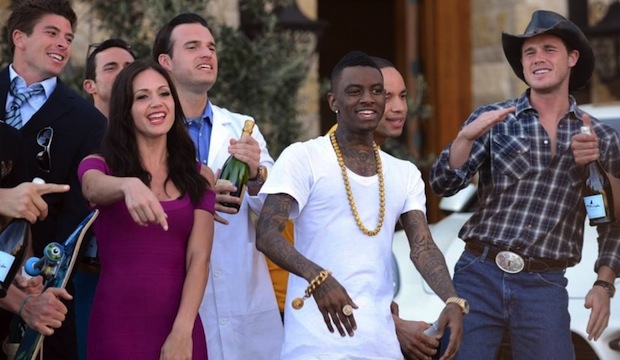 “Um…This is really difficult for me to say….but….I have Type 1 diabetes.”

Good God! It’s not like he had to share with her that he has an adult diaper fetish! It’s like when Kacie B on Ben Flajnik’s season felt the need to overshare that she forced herself to puke at a Super Bowl party once (“I battled with bulimia.”) The things people feel compelled to share as if they’re SUPER important for the foundation of a relationship and/or “getting to know you” is freaking amazing.

In addition to the “Type 1 Diabetes” overshare, we also had three other amazing overshares:

….and all of the above are at least a bit more compelling than having Type 1 diabetes for god sake!

In other news, that date Desiree went on with Brooks Forester was freaking CUTE! He seems very down-to-earth and pretty kick-ass. YES! (BTW his Dad Was A DEA & CIA Informant!)

And, yes, Ben Scott is being a total jerk-face, which sucks because he was one of our out-of-limo faves, what with the mini-Ben appearance of his son Brody! We all know the guy that can’t get along with the other guys isn’t going to be a good pick. Which brings me to…..

I love The Bachelorette because of all the bromances. Everyone is so excited about all of the other “good guys” in the house. “Des, you have a lot of ‘good guys’ here.” “Brooks and Bryden have roses, but they’re ‘good guys.’ They’d never steal Des. Ben just isn’t a ‘good guy.’” Amazing!

And, finally, that Soulja Boy video date was one of my favorite in the show’s history. If you haven’t seen the full-length video, we have it posted here. It was such a fun, funny concept that was fairly Burning Love-esque. It’s always nice when a show can make fun of itself. Bravo!

Ok, here’s a roundup of other Bachelor Nation bloggers posting recaps and such this season. If you have a favorite blog you’d like me to start including here, just let me know!