What is The Bachelorette’s Marcus Grodd’s ethnicity? 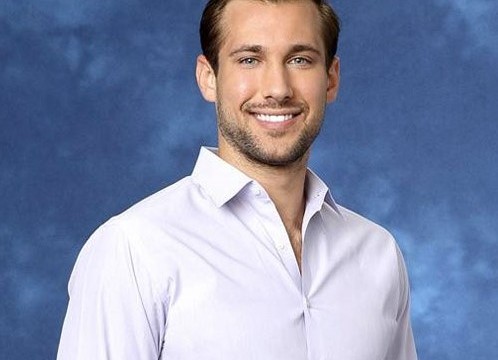 Marcus Grodd born Marcus Erich Grodd on July 2, 1988 is one of the young men vying for Bachelorette Andi Dorfman’s heart this season. But the 26-year-old blonde haired-blue-eyed heart-throb is not American believe it or not.

Marcus has lived abroad a good part of his life. In fact he was born in Medicine Hat, Canada and has lived in Europe.

His soccer Club Career began at age 10 in Copenhagen, Denmark with B-93 football club.

BUT it looks like his ethnicity is actually a mix of German and Polish.

Grodd has also lived in Poland when he played soccer for Polonia Warszawa in Warsaw Poland. (He was living there in 2008 when he was 20).

Now the 6′-2″ soccer player is a Sports Medicine Manager at American Cryotherapy in Plano, Tx with his brother-in-law.

His family moved to America when he was 2-years-old. But Marcus played soccer in Amsterdam and Denmark for 5 years as a kid. He was a star on his Danish club B-93 before moving back to the United States to join the Dallas Texans Soccer Club.

His brother Conrad graduated from Denmark International School of Business and now lives in San Francisco and works as a financial analyst and his 34 year old sister Cathy Grodd lives in Dallas Texas.

Marcus has an arrest record!

Here are the other guys and their bios