What is Scheana Marie’s lawsuit settlement? 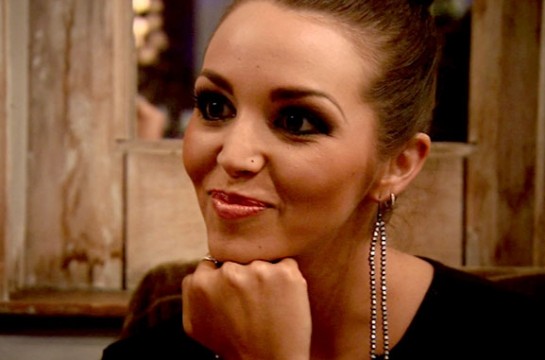 On Bravo’s 15 minute clip of Monday’s episode of Vanderpump Rules star Scheana Marie sits down with boss Lisa Vanderpump to discuss her upcoming wedding. Lisa inquires about the budget and Scheana says it’s not a problem because she just had a lawsuit settle.

So what lawsuit is Scheana referring to?

We know that she was part of a big class action lawsuit in 2004 when she worked at Hooters in West Covina, California. The suit claimed that the waitresses were being videotaped as they got dressed and accused the company of invasion of privacy, sexual discrimination and harassment, and negligent supervision of a Hooters employee.

But I am guessing that lawsuit already settled. We also know that she obtained a trademark for the name ‘Miss Scheana Marie’ a few years ago. Trademarks are often the subject of lawsuits.

But more than likely it has to do with her slip and fall at a restaurant in August of 2012 when she went out to a restaurant with co-star Stassi Schroeder.

The girls had been drinking, but the floor of the restaurant was wet and both slipped and fell on the way out. Scheana smacked her face on the floor breaking two front teeth and chipping two others. As a result she had to undergo three surgeries and a stem cell graft for a dental bridge. I can’t imagine that this was not the subject of a lawsuit especially since she endured a horrible infection as a result, and it sounds like a bit of a slam dunk for Scheana.

Scheana has been very vocal about the trauma she went through as a result of the injury which ultimately led to her break-up with pal Stassi.

On her Bravo blog, she said:

“I was so upset Stassi didn’t call me because she was there the night I fell. She was the ONLY one there with me that night. She saw how devastating and traumatizing this was for me… I was out for six-and-a-half hours. We didn’t know if the infection was able to be cleared out all the way or how many more surgeries I would need to fix the problem. It wasn’t just a cavity I had filled or a routine cleaning. It was a huge deal,”

And lucky for her, whatever lawsuit it was, settled right before her very expensive wedding to boyfriend Micheal Shay. Let’s just hope the accident prone Vanderpump Rules star can stay in one piece for the duration of her wedding on Monday.

How much did Vanderpump Rules star Scheana Marie's wedding cost?