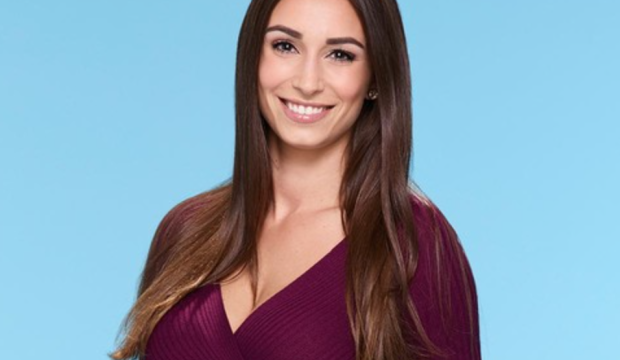 Twenty-six-year-old Astrid Loch is one of the gorgeous amazing ladies that will join Nick Viall’s season of The Bachelor which premieres next week. And until now I didn’t know a whole lot about Astrid and her history. I’m not sure yet if we will get to meet her family, but if we do it should be interesting. Her step-dad Dr. Mark Mogul specializes in pediatric hematology-oncology in Tampa, Florida and has been very celebrated in the medical and parenting world, but the accolades are coming under fire from one insider. The insider alleges that Astrid’s mother Marina Mogul moved here with her two daughters from East Germany and met Dr. Mark Mogul via work in Charlotte, North Carolina and broke up his then marriage to wife Robin.

“Astrid was born in East Germany to a Romanian mother. They then moved to the other side of the wall with Marina’s next marriage.”

Prior to meeting Mogul, Marina was married to Michael Geier.

“Herr Michael Geier got them green cards to get into the US and they split-up almost instantly upon arrival to the Charlotte area.

Marina started working for the Ballantyne Resort in Charlotte…..She hooked-up with a married doctor and broke-up his family (enter Dr Mogul).”

Additionally the insider claims that Mogul is a dead beat dad.

“Dr. Mogul stopped paying alimony and child support to his former family in Jan. 2015 and was sued in Tampa courts for approximately $100k. He settled and is on a 4 year payment plan.” “Their real dad lives in Germany, formerly the communist half, and his name is Anton Loch.”

In a previous letter the insider claimed that step dad abandoned his original family to support Astrid’s mother, Astrid and her sister Ingrid.

“When Mr. Mogul left his son and his first wife in 2010 to live with Marina and her girls ……  (he) purchased another house, and allowed the former family home to go into foreclosure. I know, I was there with other friends providing money for Robin and Christopher’s food, healthcare, and daily living expenses.

Marina Geier …….., was married to someone else at the time, and her daughters (from another man in the USSR-Anton Loch), met Mr. Mogul in 2009. The Loch girls were already in their late teens at the time……”

The insider alleges that Astrid is not a US citizen.

“Less than a month after the Mogul’s were divorced, Mr. Mogul and Ms. Geier were married in Las Vegas….. Immigration and Customs Enforcement has extensive files on Marina and the girls.”

Hopefully Astrid will stick around for a few weeks so we can get to know more about her and see if she talks about any of this on the show.