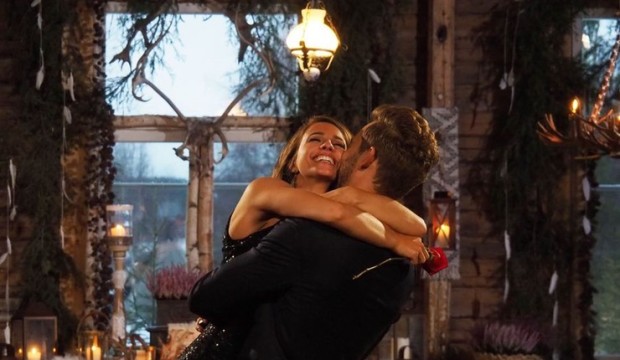 It is official Bachelor Nation. Bachelor Nick Viall and fiancee Vanessa Grimaldi have broken up.

The couple released a statement to E! News,

“It’s with a great amount of heartbreak for the both us as we have decided to end our engagement.”

“We gave this relationship our all and we are saddened that we did not get the fairytale ending we hoped for. We will continue to be there for each other no matter what. This hasn’t been an easy decision, however, as we part ways, we do so with lots of love and admiration for each other.”

I suspect they broke up a while ago and have been waiting to release the news officially. Recall the body language on After the Final Rose? And the rumors that Vanessa’s family did not approve of Nick.

The biggest obstacle to overcome in this fledging relationship was distance! Vanessa lived in Montreal and Nick lived in Chicago. But for the last five months the couple has spent most of their time in Los Angeles together.

To be honest I am relieved by this one. It broke my heart to see Vanessa have to say goodbye to her sweet students to pursue this ‘fairytale’ ending.

The good news is that Nick can continue his career of finding love on national Television.