We finally get to meet Bachelorette Emily Maynard’s parents! 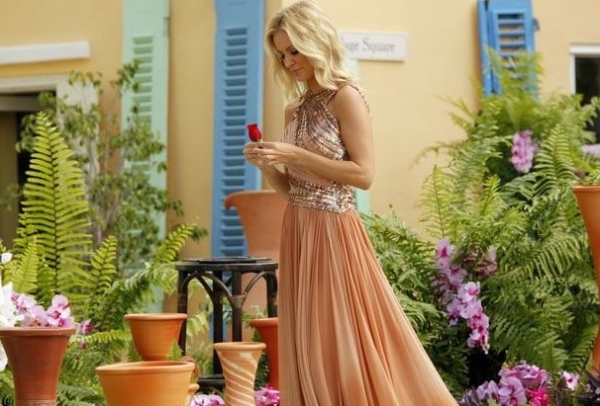 During Brad Womack’s second season of The Bachelor, when it came time for show-winner Emily Maynard’s hometown date, we were bummed when we didn’t get to meet her parents. Instead, Brad went to her house in Charlotte and met her daughter, Little Ricki, for a “I might be your Dad someday” play date. Meeting the parents of the contestants is one of our favorite parts of the show, though, so we were bummed that Momma and Poppa Maynard didn’t make an appearance!

Now, finally, during this Sunday’s season finale of The Bachelorette, we will get to meet Emily’s family, including her brother. And we can’t wait! I know we caught a glimpse or two of Emily’s Mom during the first couple of Charlotte-based episodes of the Bachelorette this season, but we didn’t really get to “meet” her. And, considering Emily chose two hipster “bad boys” (at least in appearance) as her final two, it’ll be interesting to hear what her family thinks. I mean, we all know Sean Lowe was born to make good impressions on parents, so having them meet Sean wouldn’t have been a bit of a snooze, but what will they think of Arie Luyendyk, Jr. and Jef Holm? The jury is out!

In the previews, it looks like Emily’s Mom will urge her to not get engaged to either, but to instead pick a “winner” to continue to date. That’s what I think she should do too, actually. I know ABC really wants these couples to get engaged for the purpose of ratings (and romance), but, considering she’s a single mom, I think it’d be a safer bet for Emily to take things a bit more slowly than is typical Bachelor/ette tradition.

It’ll be interesting to see what Emily decides to do. But, the situation we’re most excited for is: WE CAN’T WAIT TO MEET THE MAYNARDS!!