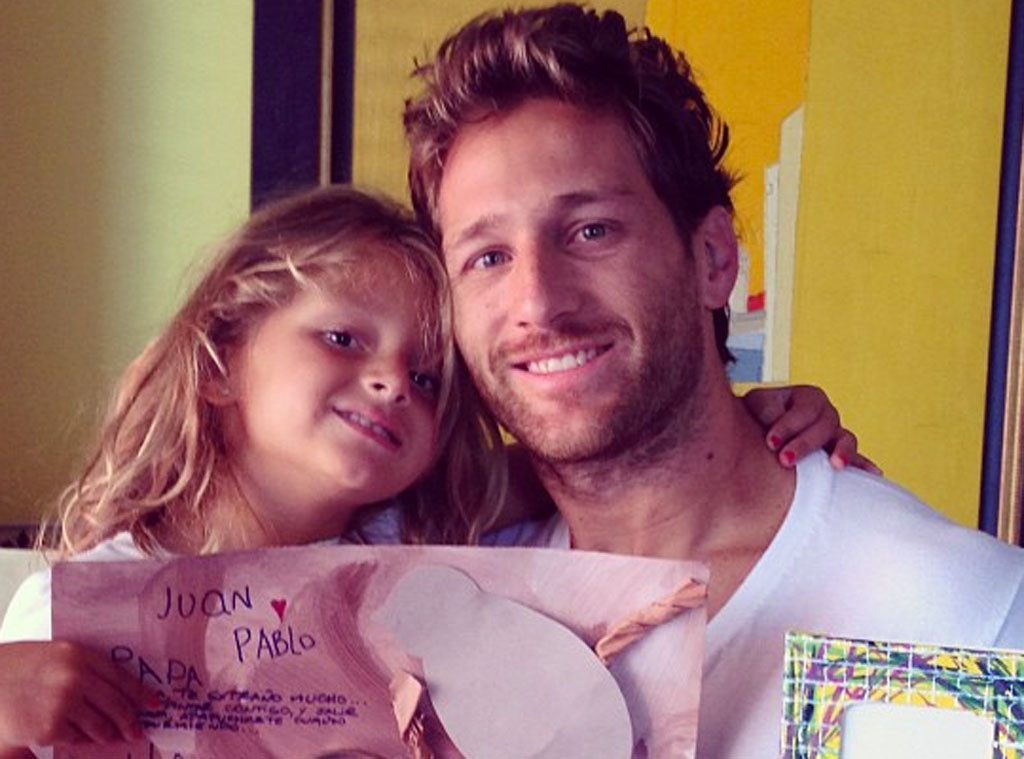 The 32-year-old single dad Juan Pablo Galavis star of season 18 of The Bachelor scheduled to premiere January 6th, 2014 was recently seen out with his favorite amazing lady….four-year-old Camila.

He posed for a photo with daughter Camila and Mickey Mouse at Walt Disney World Sunday, December 29 in Lake Buena Vista, Fla. just a week ahead of the premiere of his show–perhaps Juan is preparing Camila for the bevy of situations coming her way via ABC.

“[She] is the biggest part. You know, she has to take care of me but understand my situation. I love her a lot because she’s gonna be my princess forever. It’s hard,” …. “When I’m dating on a regular basis, whenever possible, I introduce my girlfriend as a friend of Daddy’s. We don’t hold hands, we don’t kiss, we don’t sleep over, we don’t do anything in front of my daughter.”

A source also told E! News, Camila will definitely have a say in who gets the final rose.

“Juan Pablo would never pursue a serious relationship—much less ask for someone’s hand in marriage—without  his daughter being completely OK with it,” says the source.

“For the most part, [Camila’s] mother will be taking care of her while Juan Pablo is shooting,” adds the source. “But she will definitely appear on the show. He’s going to make sure to see her as often as he can and include her in the process—very much like what Emily Maynard did with her daughter [Ricki] when she was the Bachelorette.”

Juan Pablo is “super excited” about his quest for love, says a source, adding, “He knows this is going to be a life-changing experience.”

Click here to meet all of Juan Pablo’s amazing ladies….

1 thought on “Bachelor Juan Pablo Galavis and daughter Camila at Disney World: ‘she has to understand my situation’”