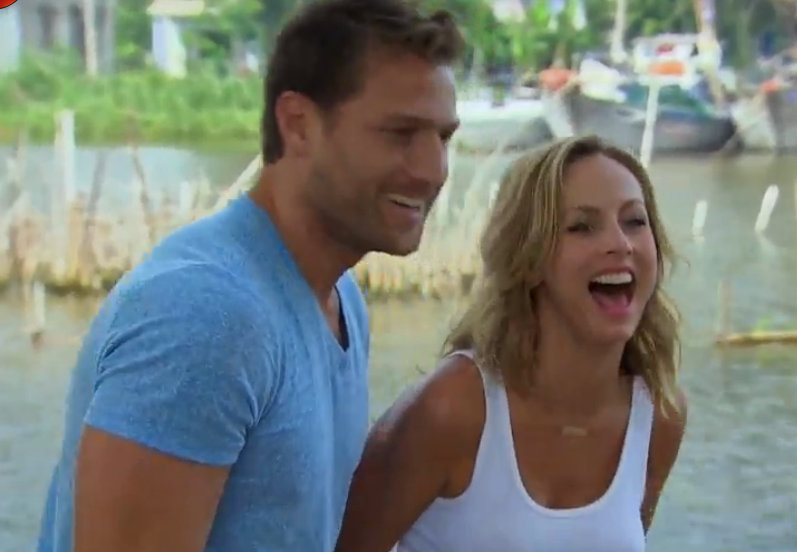 Just in case you weren’t feeling enough second hand awkwardness from Bachelor Juan Pablo Galavis and his serious lack of social skills wait until you see this scene!!

Chris Harrison and Juan Pablo discuss this season’s most talked about moment: The Juan Pablo late-night ‘swim’ with Clare.

No wonder ABC ‘deleted’ this scene because it does not show Juan Pablo in a favorable light at all. He claims he chose Clare so she would not ‘feel bad’. If that’s the case then why did she make it to the final two?

He also tells Chris about how he doesn’t want his daughter Camila to see him swimming at night with this woman. Chris isn’t buyin’ it.

“You really think Camila’s going to be upset if she found you swimming at night?”