Chad Rookstool claims he and Jojo Fletcher got back together after The Bachelor! 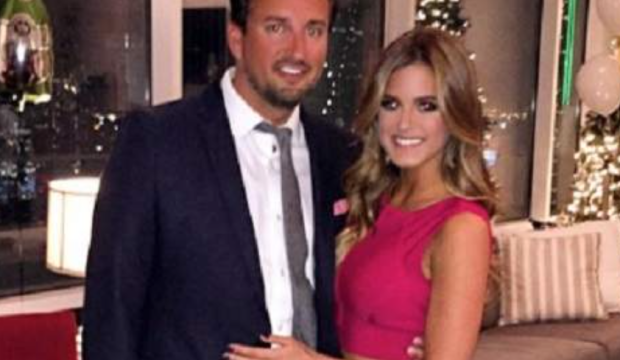 We expressed some concerns that 24-year-old Bachelor runner up Jojo Fletcher would get back together with her ex boyfriend Chad Rookstool given the history on the show of contestants returning home to immediately reunite with an ex boyfriend–especially since Chad dumped Jojo and then tried to get her back during Hometowns.

And according to Chad that’s exactly what happened four months ago after she left The Bachelor!

Chad Rookstool, 38 told In Touch that after Bachelor Ben Higgins broke up with her on the finale she went straight back to him!

Yep, straight from the horses mouth–straight from Sandals resort in Jamaica. The two got back together which explains why ABC did not choose Jojo right away to be The Bachelorette. I’m sure she was always their first choice, but she simply was not emotionally available.

Chad also claims the two had to hide their relationship so as not to give away the ending of the show.

“When she got home, she kept telling me she loved me and that we should have stayed together and fought through our issues” …… “She said we would’ve been married by now, and I agreed with her.”

“JoJo said, ‘I don’t know if I’m the next Bachelorette, but let’s just have a conversation as if I am,’” Chad says. “She tried to tell me she wasn’t saying goodbye forever — but I told her that I’m not going to sit around and wait for her [this time], and that was it.”

Chad did not pull any punches in the interview. He let loose on his ex girlfriend of more than two years, insisting she went on The Bachelor for career purposes and not to find a husband.

“JoJo thought the show would help branch out her career” …. “She said it was a once-in-a-lifetime opportunity.”

He also claims that she got her spot on The Bachelor because 34-year-old brother Ben Patton was the Bachelor on Ready for Love and Ben is friendly with one of the producers.

Well not only that folks, as we revealed earlier Ben Patton actually had signed a contract to be ABCs Bachelor! So he would certainly have contacts on the show.

Chad also claims that Jojo told him she never had real feelings for Ben.

“JoJo told me, ‘Chad, come on, you know it was TV,’” …… “I think she just got sucked up in the show rather than actually trying to have legit feelings.”

By the way it recently came out that Chad stole $100 from Nordstrom’s 13 years ago which I suspect came from Jojo’s camp in response to Chad’s attempt to sabotage Jojo’s chances of finding love.

This is more evidence that Chad will not appear on The Bachelorette–no way.