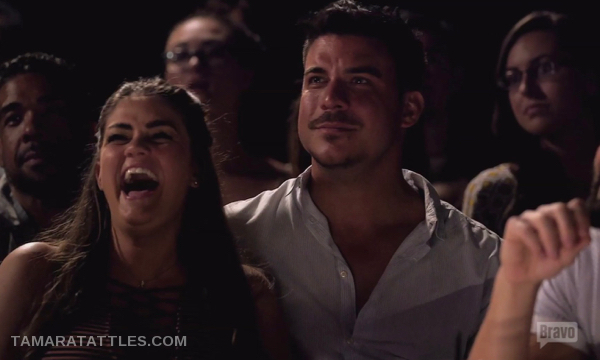 As if finding out last week that 36-year-old Vanderpump Rules star Jax Taylor smells like a dirty jock strap did not cement him as a gay man’s icon, this week Kristen Doute let it slip that she has a dick pic of Jax. Not only does she let it slip, she reveals the photo in a stand up comedy routine.

The info sent the inter webs reeling with people searching “Jax Taylor dick pics”…most of them gay men of course. One of Jax’ ex-girlfriends tweeted an image of his penis and tagged a bunch of Sur employees in the post.

We already knew thanks to Shah’s of Sunset star GG that Jax was very well endowed but now the world can see for themselves. “Jax and I definitely have a bit of a…thing…and we had a thing and it doesn’t seem like it kinda like ends. We’re both very flirtatious people. He’s hot as f**k. He’s got a great body.” She went on to claim that Jax was good in bed and that all his “parts” were “proportional”. I love that Tom Schwartz — Jax ex boyfriend, recognized it as Jax’ right away. So girlfriend Brittany is upset that no one gave her a heads up, but apparently Jax’ penis belongs to the world at this point.

Anyhow, Kristen’s comedy was a disaster. We all know Kristen does her best comedy when she is drunk and falling out of an uber—not stand-up. But I suppose the disastrous stand-up routine was outweighed by the giant favor she did to women and gay men everywhere by giving us peek at why no one can say no to Mr. Jax.