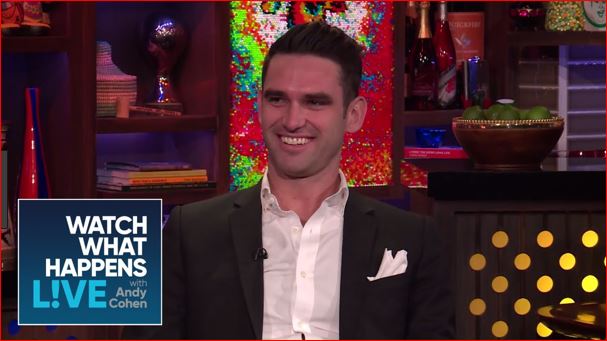 Thirty-two-year-old Carl Radke of Bravo’s Summer House recently claimed that he hooked up with Vanderpump Rules star, Scheana Marie—a claim that is not going over well with Scheana or her mother Erika van Olphen.

The revelation came to light on Watch What Happens Live with Andy Cohen when costar Stephen McGee and Vanderpump Rules cast members Stassi Schroeder and Kristen Doute claimed that Carl and Scheana had sex.

Scheana and her mother denied the claim on Twitter–but I am inclined to believe the allegation since Scheana surely does not want on-again off-again boyfriend Robert Valleta to know that she had sex with someone during one of their many mini-breakups.

Right after the claim came out in February, Erika tweeted,”So @stephenmcgeeee Because Scheana knew where “cups” were at his apt that means they had sex? So lame…Maybe she can get you a cup…you sound a little thirsty.”

Erika added, “If kissing is “hooking up” then so be it…But @carlradke Be an honest man & set the record straight that you NEVER had SEX w @scheana like @stephenmcgeeee and you have insinuated..SMH.”

Carl replied, “I never said we had sex. I said we hooked up. Sorry for any confusion. Can we all move on with our lives now?”

Erika replied to some commenters,

“She’s a grown ass woman at 32 and can do whatever she wants..I don’t care about her ‘sex life’ But I do care about the truth!”

I think mom and Scheana are worried that the Robert boat has sailed.