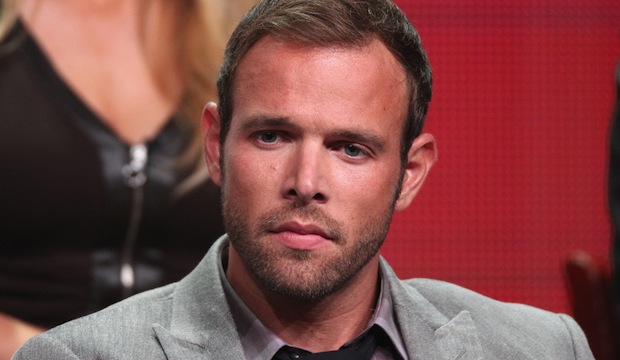 The 33 year old Latin civil and architectural engineer made his money in the construction business.

Every summer he would work in his father’s construction company. He and his brother started a company called HOLA Realty. They build homes for people who can’t afford them. (We will need to investigate this situation. I’m curious as to how one makes so much money in the business of helping the poor.)

His “philanthropic” non-profit creates functional safe housing for people in Third World countries, such as his homeland of Nicaragua.

So, ok, here’s the thing….”functional, safe housing” means its most likely ugly and provides no social or aesthetic value which I take issue with. (I worked in the business of Architectural Forensics for seven years and am all too familiar with the lucrative and corrupt business of providing low income safe and functional housing).

And the fact that Ernesto is so closely connected with the notoriously corrupt Inter-American Development Bank (famous for exploiting South America’s rainforests and indigenous people) makes me think he may not be as upstanding as his resume makes him sound, but we will wait and see. (He was even one of the speakers at an Inter American Development Bank conference-more on that below).

Additionally, if someone is making millions of dollars off philanthropy it now seems like a business investment and not a philanthropic endeavor.

I know you may say “he couldn’t have made that 12 million dollars off of a non-profit”.

Well its pretty darn easy in the development business. All you do is set up a non-profit LLc that takes all the government subsidies, and then you set up a for-profit LLc (probably a Delaware LLc because it hides financial beneficiaries in name) and you give the non-profit money to the for-profit company to build the housing.

That is the crux of the public private partnership. And “ta-da”, you now have 12 million dollars in the bank from a non-profit.

So with regards to Ernesto, I hope I am wrong and he really is as awesome as he sounds in his bio.

More on Ready for Love

Many people have never heard of the Inter-American Development Bank. It is the leading source for development financing in Latin America. They are basically on off-shoot of the IMF.

The IDB brings together finance ministers and central bank presidents from the bank’s 48 member countries, as well as some 3,000 representatives from development agencies and banking institutions. (In other words they are funded with tax dollars).

The IDP is also notoriously corrupt. They claim to “fight corruption”, but in reality they are the perpetrators of the corruption.

They are also notorious for exploiting 3rd world countries and their valuable resources. They have been highly criticized for their involvement in projects like the very risky Camisea Project in Peru Rainforests which jeopardize indigenous lives and marine reserves.

“IDB member governments made a critical mistake today,” said Aaron Goldzimer of Environmental Defense. “The project is out of step with international standards and now the IDB has demonstrated it is at the bottom of the international financial community in its environmental and
social safeguards.”

“Camisea violates international environmental standards and US law. The companies still get US taxpayer funds and IDB management and Executive Directors shall be held accountable,” said Jon Sohn of Friends of the Earth.

And to add to the outrage two U.S. oil companies, Hunt Oil and Halliburton, stand to benefit from the IDB’s decision on this project.

Guess who wins with this sort of philanthropy?

The banks. The banks extend loans to poor people, put them into ugly houses and massive debt to a global bank. The arrangement eventually destroys the countries’ sovereignty by making the citizens slaves to big global banks like the IMF.

So even though it all sounds good in a sound bite and on a resume, these developers are stealing resources from the people of Latin America and giving them homes to keep them distracted from the real agenda.

If this was truly philanthropic, global banks would not be involved.