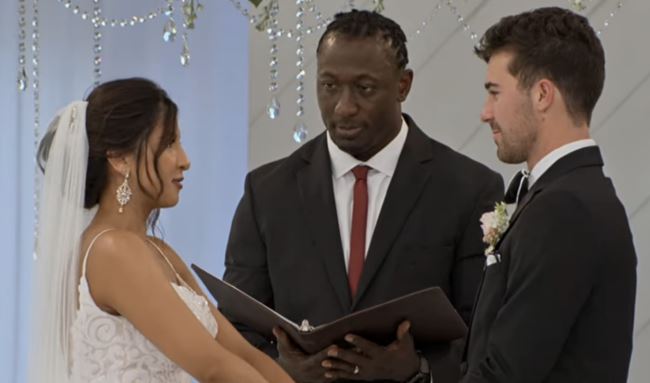 Season Three of Love Is Blind. seems to be a bust in terms of finding love for any of the contestants. If there is one couple that fans were most rooting for it was Zanab Jaffrey and Cole Barnett.

But sorry Zanole fans, it’s over. It certainly didn’t help that Cole accused his beloved fiancé of being Bipolar or that he criticized her appearance saying she was not “physically” his “type”.

Anyhow, right after the season debuts their first successful marriage between Alexa and Brennon, the cameras show both Zanab and Cole plagued with anxiety surrounded by family and friends.

Zanab confides in her step mom who by the way gets an amazing glow up by the LiB glam squad! 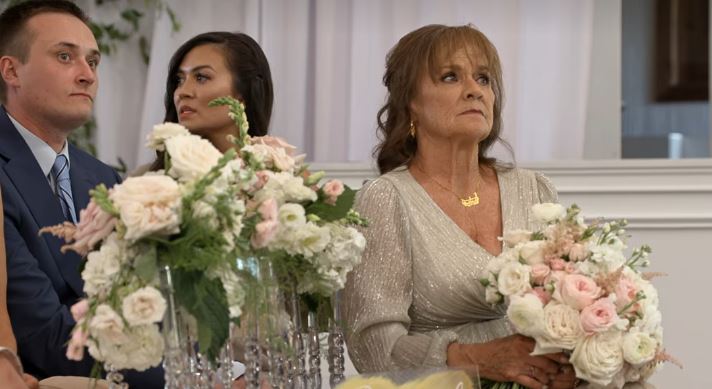 Her step dad walks her down the aisle where we hear her very heavy breathing and sighs over her hot mic — so loud they drown out the wedding music. Clearly this girl is terrified about what’s about to happen as she breathlessly hands her step dad the bouquet..

So what happened at the altar? While Jaffrey,32, begins by admitting that she loved Barnett, 27, she also doesn’t hold back later on why she was saying “no”.

Cole tearfully tells Zanab, “you look like a vision” when she arrives to the altar. So far so good.

The reverend welcomes everyone and mentions her deceased parents who died when she was young of different causes and how they were not able to be there — camera cuts to two empty seats in the front row reserved for her mom and dad — which seemed a little bit much in my opinion.

Then the reverend hands the floor to Zanab.

Since both Zanab and Cole were devout Christians, Zanab began the event with a prayer which clearly both of them were in desperate need of, but even sweet baby Jesus can not save Cole from what’s about to happen.

Zanab then faces Cole and starts by telling him all the reasons that she fell in love with him.

So far so good!

Now Cole responds: “You made me laugh like crazy without ever knowing how hot you were…there was no doubt in my mind that I wanted to marry you.”

At this point it looks like we have a wedding, BUT wait….

The reverend now speaks and tells them “It is now time to decide if love is blind” and Zanab looks very distressed. Reverend asks her if she takes Cole to be her husband….

“Cole you have taught me so much about myself…..I think I have a really good idea about the type of woman that is going to love you the way Cole needs to be loved every day for the rest of your life, and I think you and I both know that that is not me. As much as I have wanted it to be me and have tried to manipulate myself to be that person for you, the last two months have not been picture perfect,” she said.

“You have disrespected me, you have insulted me, you have critiqued me, and for what it is worth, you have single-handedly shattered my self-confidence. And I hate that you have had that kind of effect on me.” ……

“And the messed up thing is I know I love you, but everything in me in the logical part of my brain tells me that love shouldn’t feel this way. Love shouldn’t hurt like that. I can’t marry you, and I don’t.” Zanab keels over desperate for air…inhales a very deep breath and continues the butchery.

“You are a good man, and I know that about you. I wish I could’ve had more of that, I really do.”

Zanab’s side of the aisle breaks in to applause. Her bridesmaids pop up and follow her. One of Coles friends says “I thought they were on the same page.” 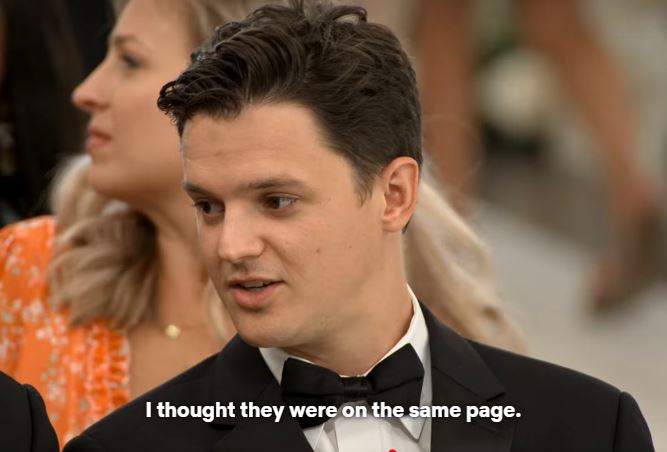 As she walks back up to her bridal suite with her step dad, she tearfully said, “I really didn’t want to be ugly, but he also had to be freaking told some things. I hope he doesn’t do this to another woman, because it’s not fair.”

Cole is understandably hurt and embarrassed. His friends jump up and go over to hug him. He tells cameras….

“Why has she never said that to my face? She chose now because she knew it would hurt more in front of all my friends and family,” . “She had me fooled big time. I knew we were not perfect but that? It’s one of the worst experiences of my life.” 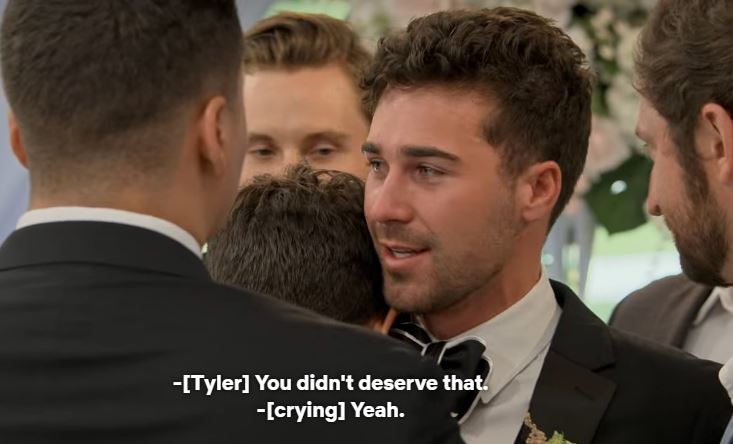 Don’t worry Cole, you are going to get so laid when this airs and ladies everywhere see you crying. Zanab does not come off well on this episode. If we didn’t think she was Bipolar or Borderline Personality before, we definitely do now. My head is spinning from all of the contradictory statements she made at the altar.

Yikes!! Not a lot of success this season. I have to confess I was shocked when Alexa Alfia, and Brennon Lemieux both said yes and tied the knot. And Matt and Colleen… who saw that coming? I didn’t.