Is Catherine Giudici’s father coming to her wedding? 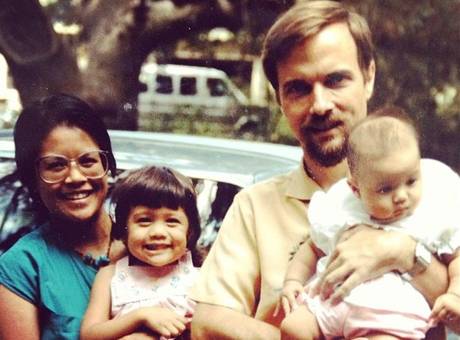 One of the big situations that we learned about on Sean Lowe’s situation of The Bachelor was Catherine Giudici‘s father, Carey Giudici. Apparently according to court documents Catherine experienced quite a violent and tumultuous past.

The court documents revealed that Catherine’s childhood was filled with violence and a father, who “was committed to a psych ward after twice threatening to kill himself.” At one point, the insider reported to National Enquirer, print edition January 28, 2013, Carey “threatened himself with a knife, yelling, ‘How would you like MY blood on your hands?’

So of course this all had us wondering if her elusive father would be attending the wedding and walking her down the aisle.

And luckily the answer to that question is ‘yes’, Carey Giudici will be attending Sean and Catherine’s wedding and will be performing all of his fatherly duties.

My dad has been practicing our Father/Daughter Dance for months. I can’t wait to see his hard work next month! #countdownlowedown

Carey also inquired about the report about Sean and Catherine talking kids:

Sean Lowe and Catherine Giudici Talk Kids: When and How Many? http://t.co/wBS6NJob8B

Well, we certainly believe in a lot of forgiveness for friends and family so we look forward to seeing Carey give his daughter away!