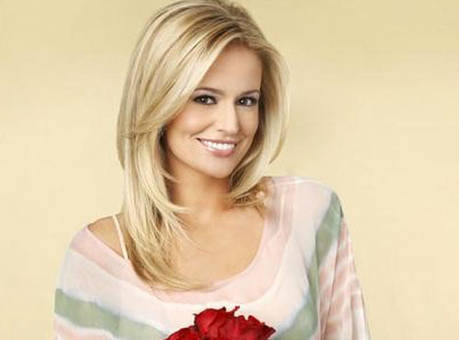 The premiere of The Bachelorette Season 8 is less than two weeks away! First, we introduced you to this season’s leading lady, Bachelorette Emily Maynard. Now, it’s time to meet the 25 “amazing” suitors that will be vying for her roses every Monday, starting May 14.

In addition to reading our witty first impressions of Emily’s batch of bachelors, click on the names that are linked below to get additional deets about each dude, including photos, bio bytes, videos and more.

This guy is Bachelorette/Bachelor Pad Craig McKinnon’s doppelganger! Just look at that head of hair! From reading his answers to ABC’s standard get-to-know-you Qs, this guy is  an intellectual, which….unfortunately doesn’t bode well for the Emily sparks to start a-flyin’ (for him). That’s a refreshing thought, actually, considering how beautiful and sweet and warm and seemingly package-perfect Emily is. This guy probably won’t like her! Although, Emily does like the older guys (Brad Womack was 38 on their season), so who knows!

HE’S A MUSHROOM FARMER!! A-mazing! Unfortunately, I don’t see the Mushroom Farmer making it very far with Emily. Between the dual sparkly earrings and the fact that he can’t stop talking about his Mom in his ABC quiz answers….this guy just isn’t going to cut it. I will give him points for being named after a Lady Gaga song, though. Ale-Ale-Jandroooooo!!

At least his name is different enough that we’re not having to call him Alejandro G! I am digging this guy’s type of sales job: Grain Merchant. “What do I have to DO to get you into this Bag O Grain today??” And boy is South America representin’ this season! Usually we just have one straggler from Canada making things “international.” Also, he’s from Uberlandia, Brazil?!?! How fake does that city name sound?! Personally, I hail from AwesomeLandia.

I hope Arie gets a bit IRIE, ifyouknowwhatImean. Ok, just after I wrote that, I looked at his bio and he’s from the NETHERLANDS. How perfect is that?!?! Love it. And he’s a race car driver, which, as we know, Emily is in to. Hmmm… Arie could stick around for a while!

Unfortunately, Brent is getting this season’s “no checked bags” award — an award we like to give out to the one contestant that is FOR SURE not going to make it past the Night One cocktail party. Sorry, Brent!

Also, he’s 41 and has SIX tattoos. The numbers are just not working in this guy’s favor here.

Ahh…Chucky Grogan. I like that in his official ABC-sanctioned Q&A he likely unintentionally rhymed his answer to the question: What is your idea of perfect happiness? Answer: “Every dog fed and every child with a roof over his head.”

Overall, his looks are pretty milk toast. And I think he and Emily would look good together.

Ok, if Chris is anything like author Charles Bukowski, then this season is GONNA BE GOOD! Ahh – drat. I just read his answers to the ABC Qs and we’re not dealing with a full deck of cards here. Question: Do you consider yourself a romantic and why? Answer: Yes because I’m always trying to find the net best way to romanticize a woman. He likes to ROMANTICIZE! I wonder what will happen to already-pretty-perfect Emily when she gets romanticized by Chris? She might explode!

Ok, this guy looks like a Pez dispenser. And he’s a singer/songwriter. NEXT!

Leave it to the guy from the Pacific Northwest to finally offer up a decent answer to the ABC fave: If you were stranded on a desert island what 3 things would you bring with you and why? Answer: Salt water to fresh water kit, a fishing pole with appropriate lures and a flare gun with lots of flares. This guy seems pretty normal and fully baked, which….unfortunately doesn’t necessarily mean he’ll make for good TV.

Ok – I’m going to give Jackson some serious points for being a Fitness Model yet still giving somewhat intelligent and almost well-written answers to his ABC Qs. I know. I judge too soon. I am also intrigued by the extra flap of buttoned fabric on the shoulders of his shirt. I know this is a common style, but every time I see it, I always wonder if it’s going to be used to lash straps or bungees to. It’s just making an otherwise normal shirt overly complicated, IMHO.

He’s a Marine Biologist — check! He named Malcolm Gladwell as his favorite author (a timely name-drop, which shows that he still reads) — check! The superpower he wishes he could have is “Pacifier Powers” — uncheck! I mean, getting people to “just calm down” in order to avoid war is noble, but I’m nixing him for the naming — Pacifier Powers just sounds lame. Also, I hope he goes by JP and doesn’t make everyone sound out the hyphen every time they address him. Jef looks like Joey from NKOTB — the early years. Which, isn’t a bad thing, but it’s also not a good thing considering he looks to be about 17. Also, his button-up is a bit too indie rock for Emily. Speaking of indie rock, I will give him points for being a Jef with one F (much like The Pixies lyric in the song “Space (I Believe In)”: Jefrey with one F Jefrey.)

Hmm… I am liking Joe for Emily! He’s from the South. He has a respectable career: Field Energy Advisor. He has zero tattoos. He’s cute in a happy-goofy way. I think he may just be Top Four material!

Ok – this dude listed his job as: Data Destruction Specialist. Is that just a glorified way of saying you operate a paper shredder? Or do you have to suit up and brandish a laser gun? I am intrigued. I need to know more! This guy just looks like a priss. Just look at that expression! Oh and he’s a “Luxury Brand Consultant”! I just can’t get over some of these job titles. I am thinking this is another glorified title for Shoe Salesmen, or something similar. Also, he talks A LOT about “pressure” in his ABC answers. We might need to get this guy some Xanax and some therapeutic armchair sessions with Chris Harrison.

First impression: He looks cute and normal and potentially good for Emily! But, then I saw he listed The Notebook as one of his favorite movies, which can only mean one of two things: he likes guys or he’s purposefully giving a fake answer to get girls. I can kind of see Kyle crushing on Gosling, actually!

This guy is….not white. Does he know he signed up for The Bachelorette? What is going on here?! Speaking of which, thank god for this answer: What is your most marked characteristic? I’m comfortable in my own skin.

Other than his not being white (an automatic Bachelor franchise demerit, unfortunately), I am really liking Lerone for Emily!

I’m getting a bit of a Norman Bates vibe from this guy. Like, when Norman dressed up as his Mom. The argyle cardigan screams sensitivity, as does his listed occupation: Rehab Consultant. And I have to say, I do like that he has about as much fashion sense as I do. Unfortunately, I just can’t see Michael being able to keep pace with Emily in the “shiny person” department.

Oooh. Going for the solid red shirt with a hint of flair under the collar. I see what you’re doing here, Nate. Zany! That’s how Accountants like to roll. Don’t judge us by our spreadsheets!

Randy looks randy. And his positivity is already annoying me, a la Ashley Hebert’s sunshine-y suitor Ryan Park. Also, is he wearing a mid-’90s-styled vest?!?! Oh no, he’s a Marketing Manager. That’s what’s going on here. Well, hello Mr. Bowers. I can see this guy with Emily. He has a bit of a douche-tastic aura (and career), but I dunno….something about that almost-popped collar is screaming Future Mister Maynard. Actually, if you look closely at his uber-perfected facial features, he kind of LOOKS like a male version of a brunette Emily. Creepy? Meant to be? Can’t wait to see! I can’t come up with any witty comments about Sean! His looks are fine. His outfit is fine. His ABC answers were fine. So maybe that’s the problem? Is he “just fine”? He just might be JUST FINE for Emily!

This is a horrible photo. Stevie, you do realize ABC picked this one out of your proof set, right? You might need to get on the horn with Fleiss, stat. Ok – this guy is a bit of a situation. The Party MC that thinks Las Vegas is the most romantic city because “everything is at your fingertips” (ew!). Also, his idea of “the most romantic gift he’s ever received” is obviously from a certified obsessive-compulsive STALKER: A 25-page book all about us with every internet conversation, picture, movie tickets, notes, etc. Aww – I like Tony Pieper! I like saying his name! I like that he’s from Oregon! I don’t know if I see Emily shacking up with a Lumber Trader from the Pacific Northwest, though. But, he’s cute! I mean…just look at that genuine smile. 🙂

This guy’s hair is a force to be reckoned with. I can already tell. I do like his shirt. It’s very Austin, TX hipster chic. Hmm… Emily Pope? There’s something here that’s screaming Top Four to me. I’d put money on this horse for Em’s.