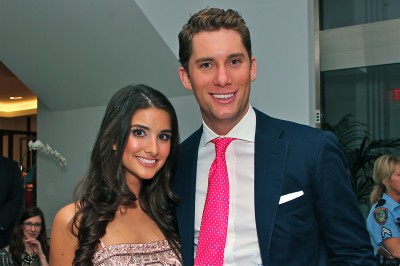 Some family members of Kalon McMahon came forward recently in the Enquirer claiming the contestant’s persona on the reality show the Bachelorette is fiction. The 26 year-old socialite/model/”luxury brand consultant’s” full name is Kalon Joseph Reid McMahon. He has definitely become this season’s Courtney Robertson and he does seem a bit too good to be true. But before we go too crazy let’s consider….

A: It is the Enquirer

B: Is it possible these family members are just doing damage control for the Bachelorette villian?

But regardless we feel these allegations do deserve a second look. According to the relative of Kalon McMahon, he was recruited because he “fit their mold” — though he had no intention of marrying Bachelorette Emily Maynard. Regardless of the veracity of this report fans doubt Kalon’s sincerity and motives for being on the show period. And if you have seen Kalon’s modeling photos it’s easy to see why producers would “cast” this guy as the socialite/douchebag.

Even McMahon’s grandmother Joelle Rogers says producers “beefed up” Kalon’s bio, to make him look wealthy when he has “about as much money as the homeless guys I give $5 to every time I drive down the And we could not find anything on Kalon’s net worth even though we found information on Emily Maynard’s net worth, Jef Holm’s net worth and Arie Luyendyk Jr. net worth. So the fact that there is no info on Kalon’s massive wealth is a bit suspect.

Allegedly “producers hoped that he would upset Emily, get her to cry and stoke up the drama,” says one insider.

So it is worth further consideration and luckily Kalon will be on the Bachelor Pad and we can examine this situation in more detail!

The truth behind the billion dollar California Cap and Trade scheme