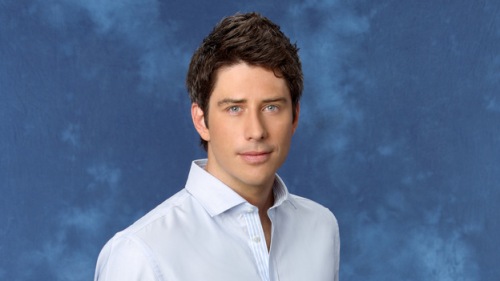 Star Magazine just reported that Bachelorette finalist/love addict  Arie Luyendyk, Jr. was spotted on a lunch date with ex-girlfriend, actress/model Sonia Rockwell, looking very affectionate. So are the two back together already?

If he did get the boot from Bachelorette Emily then he is fresh out of a 9 week relationship. The 33-year-old actress allegedly had an on-and-off five-year relationship with the 30 year-old race car driver and Bachelorette finalist. Another ex-girlfriend, Elizabeth Classen, told Star Magazine, “They stayed in touch after they broke up and are on good terms.”

But judging from Rockwell’s comments to Star Magazine and eyewitness accounts, it looks like the two may be more than just friends:

According to Star Magazine, Arie and his ex-girlfriend “spent the better part of an hour together drinking coffee” … “They obviously had great affection for each other, and Arie kept reaching over to touch her hands. When they were done, he put his arm around her and they headed down the street.”

Sonia Rockwell told the magazine: “We know everything about each other, good and bad. We still

support each other tremendously, and the feelings we have for each other will always be there. He dated a number of women after we were together, but I believe he has always wondered ‘What if?’ about us — and still does.”

So who is Sonia Rockwell?

She is a 33-year-old actress/model from Seattle, WA.

She has appeared on 90210, How I Met Your Mother, Two and a Half Men, and Drop Dead Diva. She played Ashton Kutcher’s love interest in the film Spread.