Sean Lowe admits he was totally nude in shower scenes 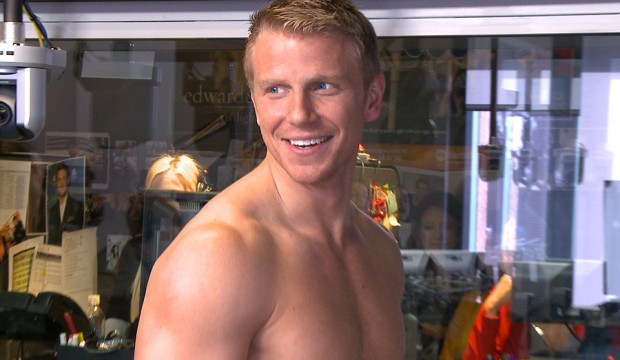 Well at least ONE scene in particular and this is the kind of nugget we love. The Bachelor star Sean Lowe confirmed he was completely nude when he filmed a shower scene for the show! It was the scene from the Sean Tells All episode where Sean was showering to some sexytime music.

He revealed the secret to Jimmy Kimmel Live.
“The only person who was in the room at the time was a camerawoman who happens to be a lesbian,” he revealed. “So I thought, ‘Well, it’s okay, she’s not really catching a peek or anything like that’.

“It was just the two of us – I was actually showering, getting ready for the day, and they asked me, ‘Do you mind if a camerawoman comes in?’ Alright, bring her in!”
Enjoy!

Poll: Do you support a ban on assault weapons?

Cyprus financial meltdown conspiracy: It's all about natural gas