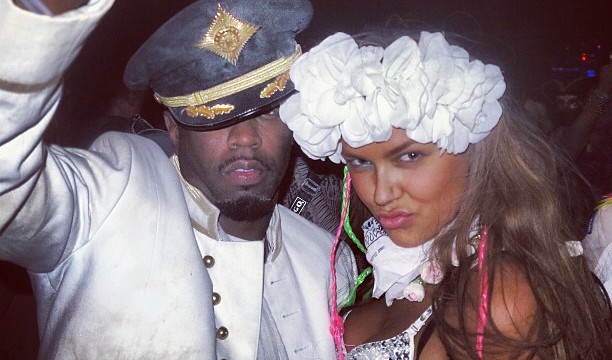 Here is the official list of celebrity spottings. I am sure more will emerge…..

Ok, as you can see by both my and Penny Farthing’s profiles we are longtime Burners/ residents of Black Rock City Nevada. PF did not attend this year but I did. I have been going for 8 years and it’s been interesting to see Burning Man “evolve” over time. I have watched the city grope with it’s own success and try and grow and expand with it’s motto of radical inclusion without losing its core ethos of authenticity.

In short, it’s been tough. Burning Man has definitely gotten better in some ways and worse in others. And as a result of it’s rather mythical, otherworldly reputation it has begun attracting some ’worldly’, mainstream attention. This presents an interesting conflict for BM.More and more celebrities are being spotted on the Playa which has attracted more and more of the “default world” that we pilgrammage to Black Rock City every year to forget.

So essentially, it has become….a situation.

The art this year was amazing! BM and the Artery for really bringin’ it. That said, I gotta say I have a bit of a beef with the celebs and their entourage unwittingly killing the spirit of BM.

Ok, 1st my Facebook Burning Man 2013 rant. Please bear with me. (If you want to skip it feel free to skip down to the rest of the celebrities :))

I have to say when I ventured out to the Playa on my bike and saw the giant Facebook “thumbs up” I was a bit dismayed.

Yes, the org can claim they are being ‘ironic’, but Advertising 101 teaches that any branding is positive, particularly when you are dealing with a young key demographic dropping Ecstasy and associating these corporate logos with a very positive, magical experience.Last year BTW, Facebook CEO Mark Zuckerberg took a helicopter in to Burning Man for a day to help make grilled cheese sandwiches.

Can’t we go anywhere to get away from FB?

This year Mark also graced us with his presence along with BFF and co Harvard drop-out Dustin Moskovitz, who is now worth around $4 billion BTW.

Dustin wrote a fun Hi Mom and Dad, Camp Was So Rad post on Medium today. He claims between fire spinning lessons and smoking opium, he ran into the Winklevoss brothers (recall the twins who sued Mark for stealing his idea?!!-talk about an awkward situation!)

Ok, I LOVE Burning Man, but with all due respect this reminds me a lot of San Francisco in the 90s when the authentic art scene got run out of town by the Silicon Valley 20-somethings who drove up rent prices so high the real starving artists had to leave and there was nothing left but awkward nerds everywhere.

Anyway, I think in this post Dustin sums it up:

I knowingly informed n00bs that they couldn’t wear jeans because “the costume cult people will literally yell at you with a megaphone if you do”… but my own clothes were still all wrong. My bike — and generally our entire camp infrastructure — was too new. And I decided I wanted to learn how to spin fire, because the people who did were clearly the most “authentic” group on the playa

These guys are just trying way too hard to get laid.

Zuck showing up in a helicopter to deliver grilled cheese sandwiches or to share a “hug” with his FB tribe does not make up for him forcing me to be on the awful FB Timeline format. As a longtime resident of BRC I actually don’t believe in ‘radical inclusion’ because under that principle you would have to embrace all kinds of criminals or Silicon Valley billionaires flying in in helicopters or Saudi Princes with fleets of RVs gassing us out with their generators.

I believe in an egalitarian society where everyone is treated equally. BM at its core is supposed to be about the releasing of ego, selfishness and greed.

Dustin then goes on to describe the awkward Winklevoss run-in:

I was reminded of this truth I already knew when I happened to run into Tyler and Cameron Winklevoss near the Temple crew camp on Esplanade. In spite of our tangled history, I had never actually met them; we only communicated through lawyers. These guys are among the only people on earth I might describe as real antagonists in my life or even enemies, but on playa my first instinct was that I quite obviously needed to introduce myself and start with hugs.

They had just arrived so I wasn’t sure how they’d react, but they were very gracious at the time and I knew they’d understand more deeply by the time they left. Almost immediately when I got back, I had a Facebook friend request from Tyler and we started a thread mutually extolling the virtues of the festival.

Honestly I don’t even know how to respond to this. I don’t really need to say anything right? You get it?

So there you have it, Burning Man has now become a mecca for social media billionaires to ‘hug out’ their multi-billion-dollar lawsuit animosity.

This is definitely a situation!

But Zuckerberg and the FB cabal were not the only celebrities on the Playa this year. P. Diddy was on the Playa holding a Pink parasol!!…it was almost too much. I love a celebrity spotting, believe you me, but celebs at Burning Man, I don’t know…something just doesn’t feel right about it.

Jennifer Aniston’s little brother AJ aka Alex John was there and according to the National Enquirer lives in a van!

AJ supposedly travels around to rock festivals in said van.

I love that people working the gates took tickets saying “Welcome to Coachella”. You do have to love that Burners always have an amazing sense of irony and ridiculousness. When does the new season of Vanderpump Rules begin?