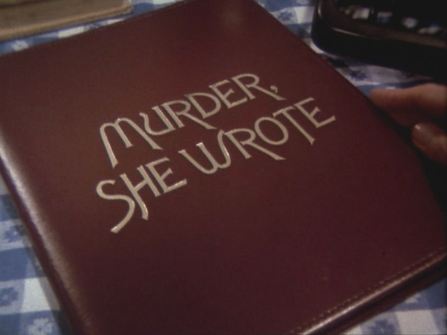 The current Threat Level has just been elevated!

I have been watching Murder, She Wrote via Netflix streaming daily (and nightly) for the past several months (years) and last Thursday, October 17 it was suddenly removed from their offerings without warning.

In an EXTREME PANIC (naturally), I phoned Netflix and was told that they either lost the rights to the show, or perhaps the show was only temporarily removed so that the technology team could fix some “buggy episodes.” First, I love the idea that there could be a Netflix technology team out there somewhere fervently working to fix buggy episodes of Murder, She Wrote. I mean, this is a serious situation and I hope their technology team has been given the assignment with the importance of an elevated threat level attached. I really need to know that there’s a technology team out there working hard to get the show back to Netflix, and back into my life.

Yes, I was a bit thrown when I realized that the show’s crime-fighting protagonist Jessica Fletcher’s Cabot Cove, ME was actually Mendocino, CA. But, I guess that just means I can visit sometime and stay in her house, which is rented out as a B&B currently (gasp!).

I really don’t like it when the fourth wall is torn down and I’m forced to face the reality that my favorite shows are not, well, reality. But, the serious reality of a world without Murder, She Wrote episodes at the Netflix ready is a reality that I don’t want to know.

So, please join me, Netflix subscribers, and call Netflix ASAP to request that they return Murder, She Wrote to their streaming offerings. This is an epic situation that must be rectified!!