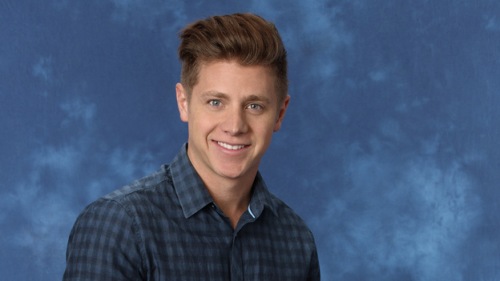 Good news Bachelor Nation and Jef Holm fans. You will get to see the Bachelor teen dream at Sean’s wedding to Catherine Giudici on Jan. 26 on ABC.
Jef has never been shy in front of the cameras so this should be fun to watch. The two were hanging this Sunday, Dec. 29, and shutterfly Jef Holm shared a photo and him and Sean together. The two met on Emily Maynard’s season of The Bachelorette. Of course we recall Sean got dissed on the Fantasy Suite date and it was all downhill from there.

But just because Jef and Emily broke up does not mean that show did not make some amazing couples! Jef Holm became close friends with both runner-up Sean Lowe and Arie Luydendyk Jr.

So thus far we have at least two Bachelor alumns…  Leslie Murphy is a bridesmaid in Catherine’s party and Jef is a guest.

Unfortunately situation arbiter Chris Harrison will not be officiating the wedding. That job will be performed by Sean’s dad, Jay Lowe.

The Bachelor wedding will air on Jan. 26 on ABC.