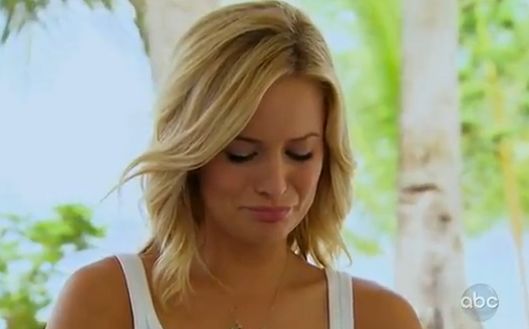 Emily Maynard is addressing all the naysayers out there who don’t think her 3rd engagement to boyfriend Tyler Johnson will stick after engagement 1 and engagement 2 failed. She took to her blog http://emilymaynard.com to explain why this time is different.

As a side note, I’d say the FIRST difference is that the two did not meet on an ABC reality dating show!

She claims she is engaged to “an amazing man I met through my church, Forest Hill, in Charlotte. I should’ve known all along that God was going to do things His way!”

She said this to her doubters:

“And trust me, I can already hear all of the Debbie Downers out there saying, “Again?!”, but let me be the first to say, this time it’s the real deal. I promise! We’ve been dating for over a year and have known each other for much longer. I used to teach a jewelry making class at a middle school that my church adopted and Tyler was one of the coordinators of the  program. Well, every Thursday I could count on him to come help me carry all of my beads out to my car at the end of class. The only problem was he was so good looking that I could barely make eye contact with him, much less have a normal conversation. I kind of pride myself on being able to have an interesting conversation with a wall if need be, but for some reason I was so intimidated by him and the fact that he showed me no interest at all just made it that much worse! Fast forward a few years (and a few attempts to find love on tv) to our first date and we’ve been inseparable ever since! ”

Emily just celebrated her Birthday today and tweeted this:

Well I’d say these two are off to a good start. For one they have known each other longer than 9 weeks, for another they live in the same state, and for another they share a strong faith in God and love of jewelry-making. I know Chris Harrison won’t be there to gently guide them through some of life’s most difficult situations, but I think these two have an excellent chance at making this one stick.