Was Clare Crawley not the next Bachelorette because she slept with Juan Pablo? 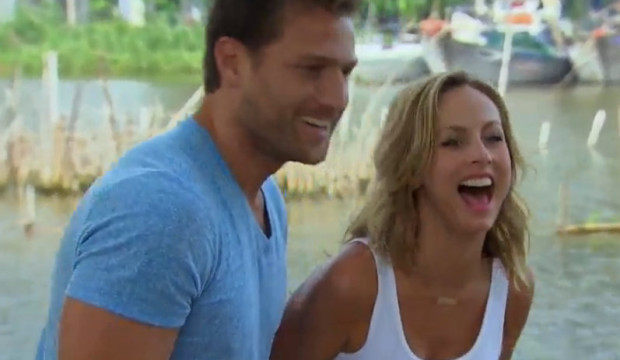 So many people are wondering why runner-up Clare Crawley was not chosen by ABC to be The Bachelorette. Instead the network chose 26-year-old Georgia criminal attorney Andi Dorfman.

Clare sort of redeemed herself on the finale when she walked out on Juan Pablo.

Hollywood Life reports that Crawley was a contender to be the star of The Bachelorette with ABC.

Their insider claims that, “Producers were toying with the idea of choosing Clare to be the next Bachelorette,” …. “She is certainly a fan favorite after all the drama that went down with her and Juan Pablo.” Did Juan Pablo and Clare have sex?
Source: ABC

“… the higher-ups felt like they couldn’t pick Clare because they would upset and even lose certain viewers who looked down upon her for having sex with Juan Pablo,” the source says.

The source claims Dorfman was a ‘safer’ choice. I guess after JP they wanna be ‘safe’. Andi was also close with Nikki Ferrell, which supposedly helped her win the role.

“They felt Andi would be a safer choice even though she’s not a fan favorite,” …… “She’s also Nikki’s new best friend. In the end, it’s all about ratings anyway.”

Personally I think Clare was way too much of a wild card. If they did ‘consider’ Clare it was probably briefly. She was a little emotionally unstable and erratic. I mean her entire family kept treating her like she was special needs!

Tenley Molzahn and Kiptyn Locke are back together!

What is Andi Dorfman's salary / net worth?