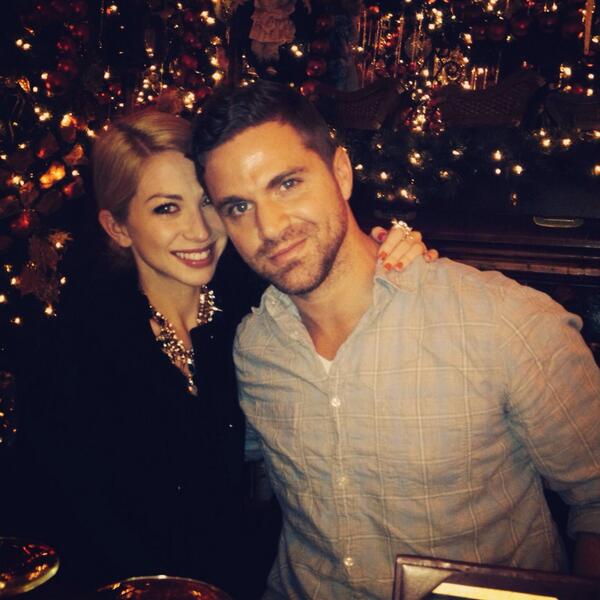 Well Stassi Schroeder recently headed to Atlantic City with new boyfriend Patrick Meagher to The Pool After Dark at Harrahs. She gushed about moving in with her new boyfriend in this interview with NJ.com.

SCHROEDER:I am so excited. This is my first time in Atlantic City and I’ve been looking forward to it because I’ve always just seen things about it, and I heard about The Pool After Dark from so many people.

SCHROEDER: It’s the best! Besides the weather. I love Manattan, I love the East Coast. There is just so much to experience and discover and explore. But I’m freezing. I am so cold here. I am not used to the freezing temperatures.

Fans want to know, how is your love life these days?

SCHROEDER: Amazing! My boyfriend is here right now, but I don’t know where he is. He came with me, so I am so excited, and I just moved in with him. Such a big deal. He’s just the best.

Stassi is obviously adjusting quite well to her new life in NYC. She met boyfriend Patrick on Twitter.

Patrick Meagher is a talk show host for a Sirius XM show called Cocktails With Patrick.

Patrick Meagher is originally from Michigan but lives in New York City. He is allegedly much older than Stassi but we still don’t know exactly how old he is.

Our insider tells us that Stassi will be getting her own spin-off next season.

‘Stassi is supposedly getting her own show but will make an appearance in the next season specifically because of Sheana’s wedding in July.’

The insider also said this about what Stassi is currently involved in:

‘She is in talks to have her own show plus is doing her own side jobs through cosmo, ok magazine and working for a small boutique promoting products for them for season three.’

The two recently spent the Holidays together.