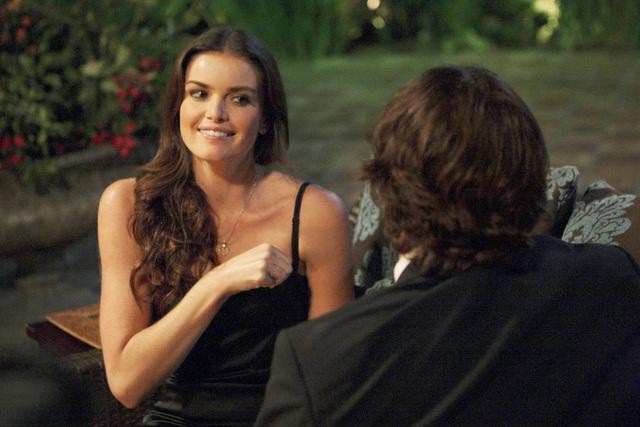 Occupation: Model  –  Represented by Ford Models in Los Angeles, Courtney has appeared on the cover of Fitness Magazine and in a Caesar’s Palace commercial

Best Known For: Being the villain and winner of season 16 of The Bachelor

“As charming as Adrian was, I didn’t feel a spark with him … As expected, because I wasn’t interested, Adrian pursued me on and off for the next six years!”

Family: father, Rick; mother, Sherry, and Courtney has a sister
Courtney’s dad is a prominent lawyer

Courtney Robertson in talks to do Bachelor in Paradise!