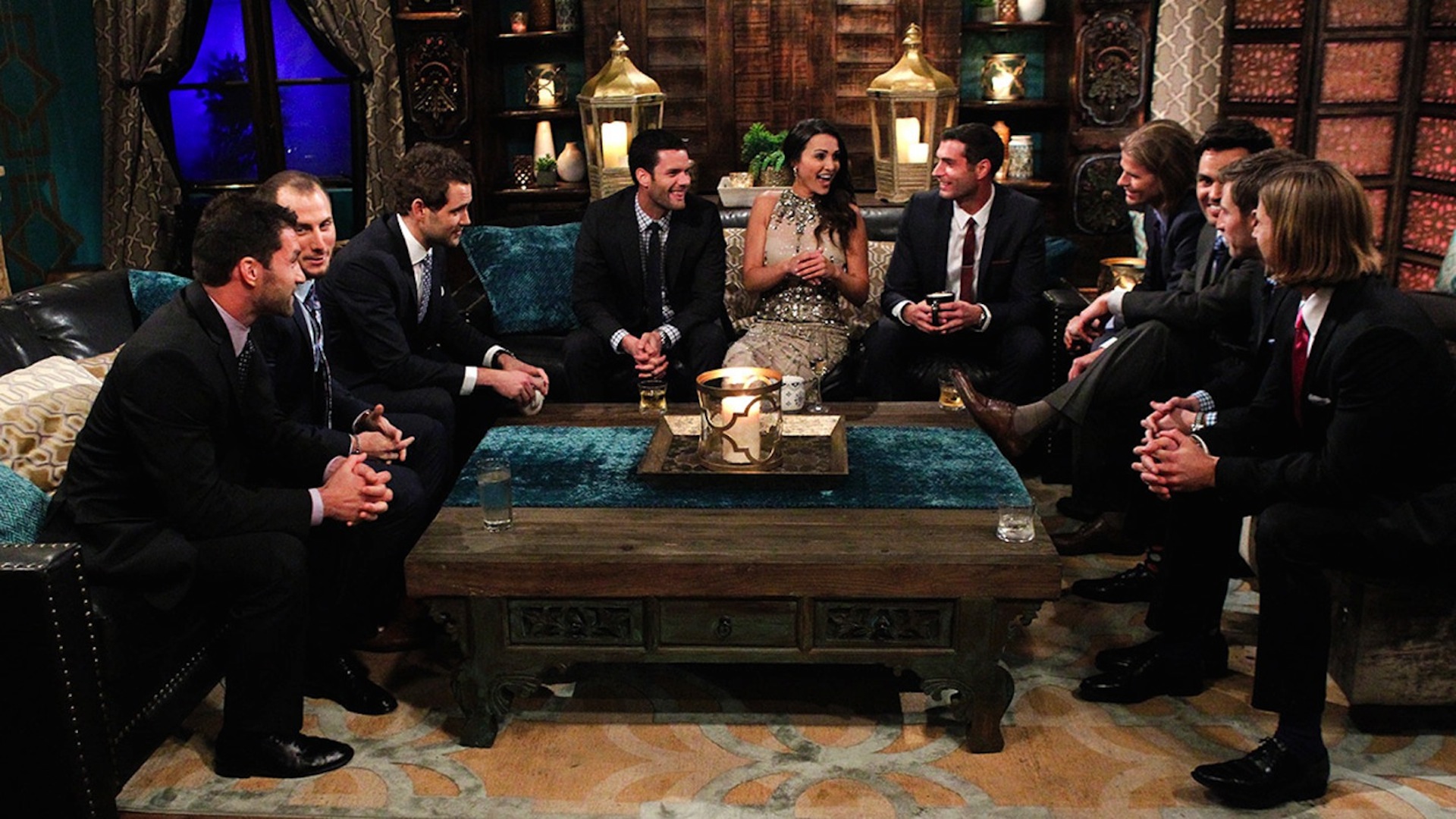 Season 10 of The Bachelorette is shaping up to be a solid season of situational drama! And tonight the situations did not stop or even slow down. Andi begins with a beach/snow day with Eric Hill and continues to a Bachelor strip-off and ends with a 1 on 1 trip to the race-track with Hot Farmer, Chris Soules.

1-on-1 date with Eric Hill: Contestant Eric Hill got an epic adventure tonight on The Bachelorette. He was awarded the first 1 on 1 date with Bachelorette Andi Dorfman. The two started with a “normal” So Cal date and went to Ventura Beach where Eric showed off some of his amazing athletic abilities.

Then the two jumped on a helicopter and headed to Big Bear to snowboard. I love that people think this is what we do in California! Nope, despite living in So Cal we could never do the beach and the snow in the SAME day sans helicopter! Doesn’t happen.

But I’ve gotta be honest, I was much more interested in learning about Eric and his family than the “Global Odyssey”, especially since he has passed!! I just wanted to know the boring stuff….family, ex-girlfriends, how he grew up, was he popular in High School, when he moved to Utah, etc.

BTW, I have been trying to find his official obituary written by his family in order to learn more about his life. If any one can give me a link that would be great.

Next was the Group Date:

And of course ABC had to do a play on Magic Mike!

The men had to compete in a stripping contest!!!

Andi is joined by pals Sharleen Joynt and Kelly Travis.

The 14 men were joined and coached by the “Hollywood Men,” an HW Chippendales spin-off. The strip-off was for charity of course!

The strip-off consisted of three teams of four, and two solos. The three teams — Cowboys, Army and Firemen – 2 solos – Airline Pilot and Robot. You know the usual female fetishes.

Marcus – He was so nervous and took his assignment so seriously as a stripping Airline pilot.

Nick Sutter– A silver robot costume and bright pink tennis shoes — just what every girl fantasizes about. Poor Nick got a raw deal on this one.

The best part is that Brian is a High School assistant basketball coach and Camp Hill School District teacher’s aide–surely no one will tease him when he gets home!

Marcus got the group date rose and clearly earned it after his impressive solo strip-tease.

The after party was shot at the same place ABC shot Desiree’s Soulja Boy video last season. Remember ‘All the Right Reasons’? (In case you missed it).

The most noteworthy part of the after-party was that Craig got drunk AND apparently when he gets drunk he turns gay–or maybe when he’s not drunk he pretends to be straight. Craig could not stop gushing about fellow contestant Josh Murray —the “perfect package” in his words.

Craig was SOOOOO drunk he even jumped in the pool with his clothes on. Here are some deleted scenes of Craig and Andi’s reaction.

1-on-1 date with Chris Soules: aka Hot Farmer! Chris gets a fabulous date with Andi at the historic Santa Anita Race Track followed by a concert by “This Wild Life.”

Chris opens up on the date about his former engagement to girlfriend Sheena Schreck and Andi thanks him for being so open. The date ends with a kiss and a rose.

Josh Murray swoops in for some 1 on 1 time pre rose ceremony and opens up about not having a girlfriend for 5 years which of course will lead us to explore the Josh Murray gay conspiracy–only semi-seriously.

Craig tries to apologize with a song but its WAY too late and the song is just painful. Hopefully ABC dropped him off at rehab on the way home.

Next week is a two-night Bachelorette “event” Sunday and Monday at 8 p.m.

And somebody has a secret girlfriend!