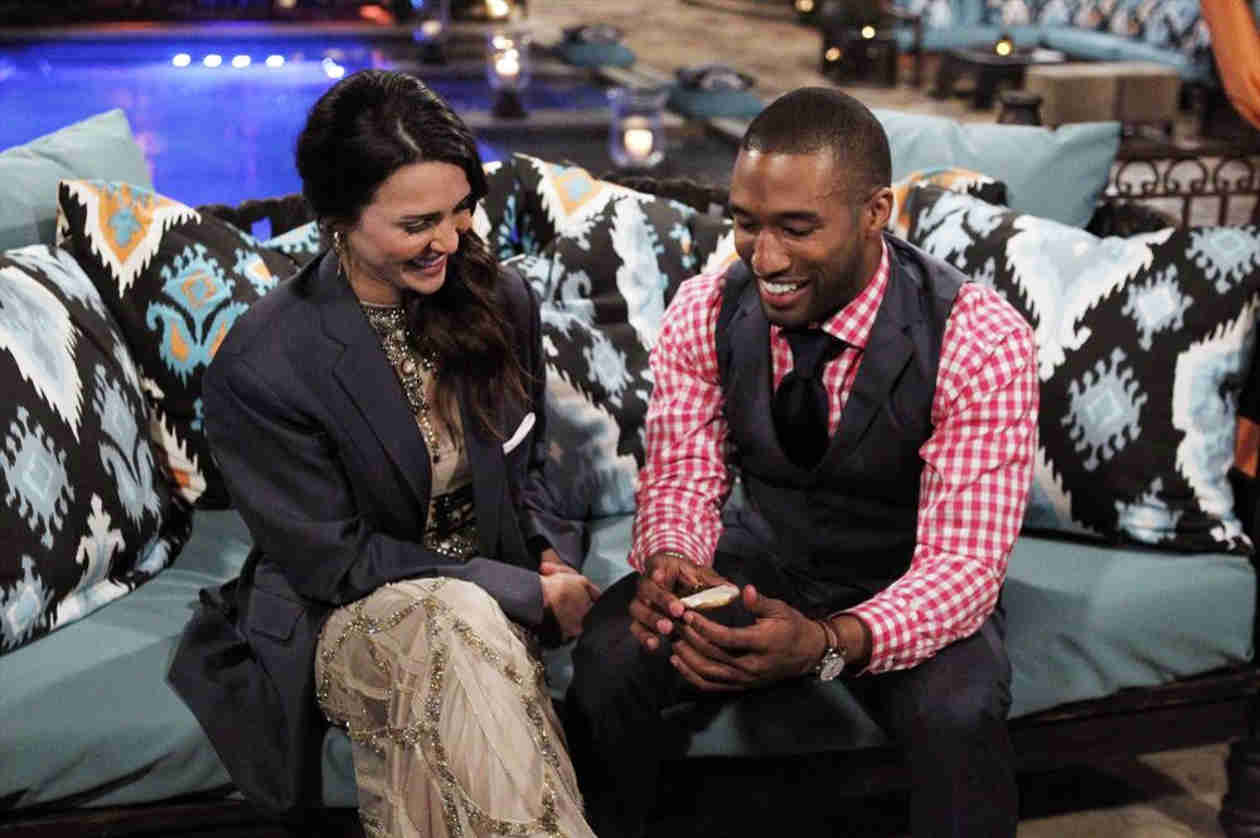 Alright, we now know almost all of The Bachelor Spin-off Bachelor in Paradise contestants. There are allegedly 2 more contestants from Andi Dorfman’s season who will join the cast, but now we know for sure that 27-year-old Marquel Martin will be on the show! Ladies everywhere must be THRILLED!

Martin was eliminated on Monday and he shed a few tears in is exit ITM saying he wants a woman who “wants to be pursued without coming off as stuck up.”

The 5′-11″, 200 lb sales coordinator from Las Vegas Nevada melted hearts everywhere when he brought Andi a plate of cookies and explained that his entire life basically revolves around eating cookies. And he IS a Christian ladies! So pump up the volume for season one of The Bachelor in Paradise!

He will be joining Bachelor season 15 villain, 33-year-old model and actress Michelle Money, from Salt Lake City, Utah who competed for Brad Womack’s heart back in 2011. Michelle has a nine-year-old daughter named Brielle.

Money briefly had a fling with Bachelor Pad 2 teammate Graham Bunn who will also be on the show!!

See the official list of contestants released by ABC.