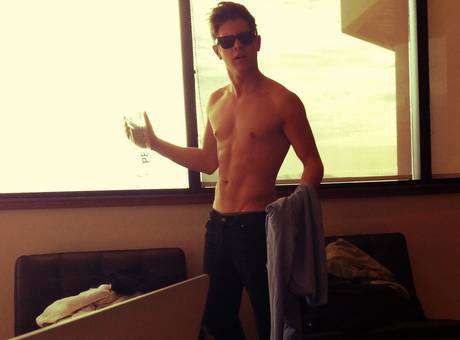 Jef Holm was one of the most popular cast members on The Bachelorette ever! We loved that he was the first contestant to cross over into the teen dream demographic in Bachelor/ette history. So ladies are still stalking the fresh-faced Mormon/Entrepeneur and inquiring about his dating status.

After he and Emily Maynard broke up he began dating Katianna Bear in December of 2012. But the relationship was short-lived. He and Emily were on and off for a bit but since then he has been single. We knew that Jef was in talks to do Bachelor Pad aka Bachelor in Paradise but did not, which suggests he may have had a budding relationship brewing. It’s hard to imagine shutterfly Jef would miss an opportunity to star on another prime time show.

So a post today on Instagram provides the most compelling evidence that Jef may be off the market! He posted this photo with the caption “Everything”! Hmmmmmmm. Well Jef may be a shutterfly but this girl does not appear to be so open since her profile is private, but we will keep an eye on this breaking situation!