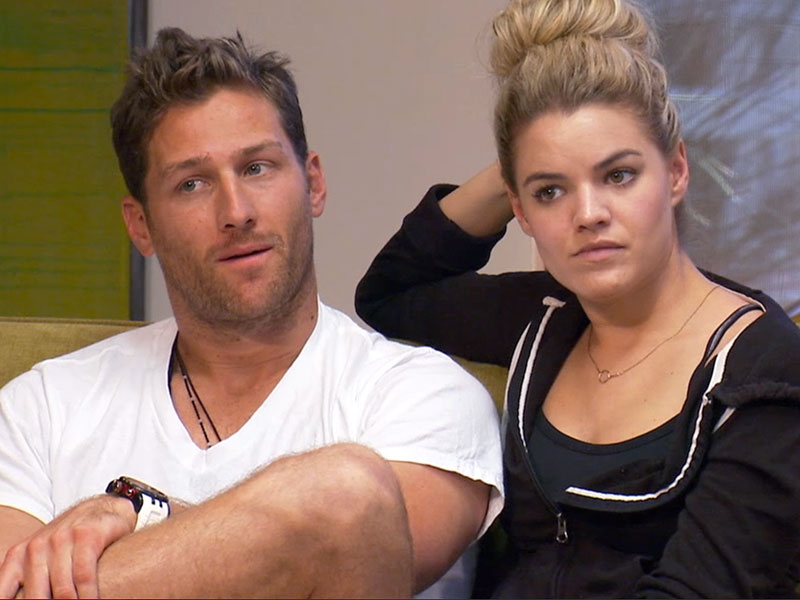 Wow! Try not to be too shocked Bachelor Nation but we have another break-up to report–season 18 Bachelor Juan Pablo Galavis and Nikki Ferrell. Actually, I am shocked they did not wait until the holidays when the break-ups usually occur. In fact it cracks me up how many contestants head to Neil Lane to return their rings around the holidays. So at least Nikki will be first in line!

Us Weekly is reporting that they were spotted at a tennis event sponsored by Moet & Chandon recently and appeared happy:

“They sat together on a bench at the outdoor rooftop lounge at the Viceroy Hotel.”

“She had her hand on his leg as he texted. Actually both of them were on their phones a lot,” an insider claims.

So what happened? Well, what did not happen?

Us is now reporting that there has been trouble in paradise for some time, but things got worse AFTER their stint on VH1’s Couples Therapy. They also claim that it was Nikki who initiated the break-up not Juan Pablo.

“Juan and Nikki have been fighting,” one insider claims. ….. “It was not mutual.”

Another insider tells the mag that the two wanted different things. “Everything Nikki wanted, he didn’t,” (like someone to say ‘I love you’) ….. “She wanted to settle down and he didn’t.”

FYI today is Nikki Ferrell’s 28th birthday and looks like she is getting a lot of love from BFF Andi Dorfman.