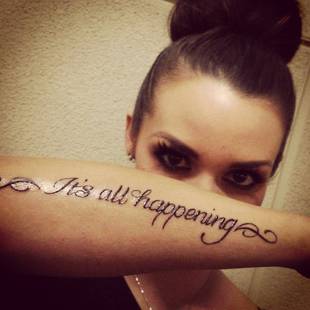 The two met in 2008 at the Beverly Hills cigar club Grand Havana Room, where she worked as a bartender and cocktail waitress. Mayer was 31 at the time and had just broken up with actress Jennifer Aniston.

Scheana revealed in an interview with Young Hollywood that “John says the best thing to say is ‘No comment,” but then elaborated on their relationship anyway.

And apparently Scheana was perseverating on how blabbing to the media may have destroyed her relationship with John at the time. The New York Daily News claimed that a source told them that she though that she had revealed “too much to the media and she may have screwed up something with a great guy.”