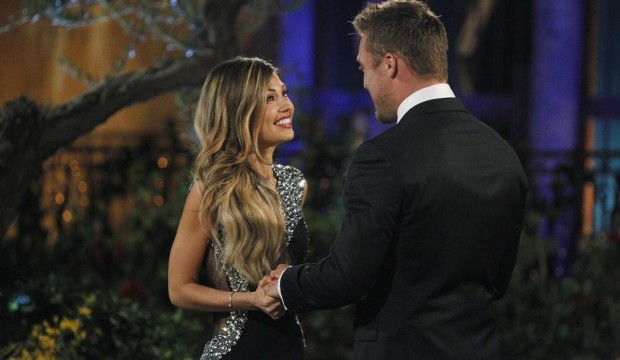 WHOAH! So tonight on the Live Bachelor season 19 premiere we had a slew of Bachelor alumni show up (to the world’s most awkward red carpet event BTW) and sit in a live audience to comment on the show’s premiere. And Bachelor of Paradise star Michelle Money and reformed Mean Girl–or at least we thought—was among the alumni and she made a shocking diss on first impression rose winner Britt Nilsson–claiming the 27-year-old Model/Actor/Waitress from Hollywood, California “does not shower”.

Wow! Damn! That’s a lot of shade to throw in the first 180 minutes of the season. So many questions. Who is the Bachelor informant dishing dirt on Britt? Why would Michelle make such a diss? And would Chris even care if she didn’t take a shower?

To be fair Michelle did just break-up with beau Cody Sattler a week ago so perhaps she is feeling a little grumpy.

“Ok guys so apparently you won’t find out what I’m talking about til next week or something! Not trying to be mean. It’s actually really funny just wait and see! Love you @ChrisBHarrison and thanks for the fun night!!!!!”