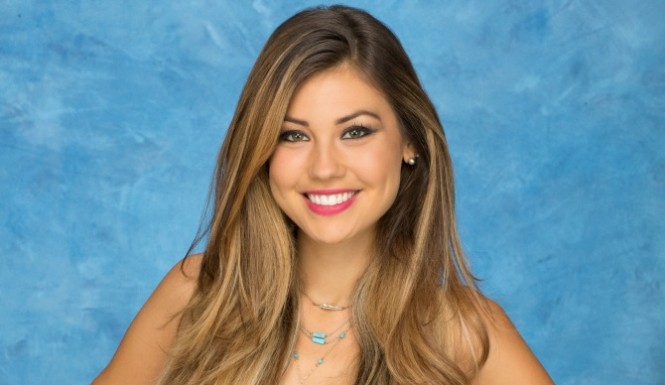 Tonight on The Bachelor special Chris Soules takes his amazing ladies to his tiny hometown. His hometown is so tiny there is not even a bar or restaurant or human anywhere in sight. The ladies have been increasingly concerned and suspicious about 27-year-old actress/waitress contestant Britt Nilsson since they know how much Soules likes her. Britt has made a lot of comments to them suggesting she is not in this for the right reasons.

For one, she told them multiple times she was not looking for a serious relationship! And tonight she told them there is “no way she could see herself living in Arlington”–two major problems!

In addition to problem #3, that she does not take showers (but that is minor).

Carly sits down with Chris and tries to warn him about her intentions.

Throughout the show, Nilsson says “she’s confused and very, very hurt”–I guess referring to the fact that Chris did not throw caution to the wind and end filming production of the show to propose to Britt before the finale? Does anyone watch this show before they go on it???

She delivers a diatribe to Chris about wanting to be #1 and not wanting to be #2. The subtext is “please let me go, because there is no way in hell I could live in this tiny town, so I am putting you in a corner so you will cut me loose so I can be The Bachelorette.”

Chris obviously does not read subtext. She looks like she is in a bit of a panic, knowing how much Chris likes her and knowing her best bet to be The Bachelorette means Chris needs to reject her to make her sympathetic.

The other girls quell Britt’s concerns about not being #1, but she says “I’m not worried about getting the rose, Im worried about him meeting my family” (next week at Hometowns) aka “Chop, chop, time’s a wasting. Filming for The Bachelorette begins soon and I need to get ready”. FYI viewers, the # 2 girl generally never becomes The Bachelorette because there is not enough time, so Britt knows she is in a race against the clock to get eliminated.

Previews show her having a meltdown tomorrow and I have a feeling she ultimately has to walk off since Chris is clearly not getting the hint.