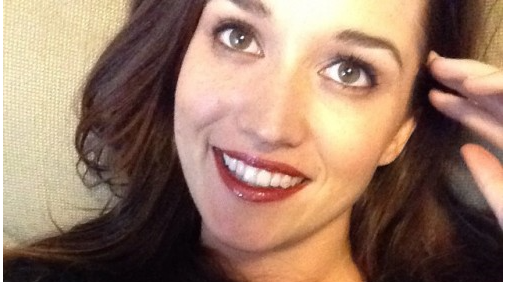 So Monday night the big shoe finally dropped on Chris Soules season of The Bachelor during Hometown dates when 28-year-old contestant Jade Roper told Chris that she did some nude modelling for Playboy in 2012 and apparently Chris’ mom had a meltdown off camera–as any mom would have!

A show insider claims that Roper never disclosed her scandalous past during casting in Us Magazine: “It’s not something you reveal on night one.”

Remember it was Chris Soules 3 sisters who chose Jade Roper on the January 26 episode to join Chris on a 1 on 1 Cinderella-themed date.

The insider said this about the full-frontal nude pictures, “the longer she went without saying anything, the bigger a secret it became,” …. “Jade was very stressed about sharing this with him.”

I actually think it was Bachelor Spoiler Reality Steve’s discovery of the information that sent producers and Jade into a panic because she told Chris right after the news came out in the media.

My favorite part is that Jade “forced” Chris to watch the horrific video after she confesses–“they watched the Playboy video on a computer together,” says a source. “Chris had a bit of an issue with it, but it wasn’t a deal-breaker for him.”

But Conservative mom Linda Rae Soules reportedly “freaked out” off camera when Chris said the “P-word” – and that may have impacted his decision: “Chris really liked Jade. But he had to think of who would fit in in Iowa. That was first and foremost in his mind.”

I am guessing that dad just gave Chris a pat on the back for this situation.

You can imagine how a mom might react. After all if you have Googled “Jade Roper nude photos” you have seen that they are not just tasteful topless pics! They are FULL nude. I may even have to put my pearl necklace on for this situation.

Poor Linda Rae, I hope you can recover from this!