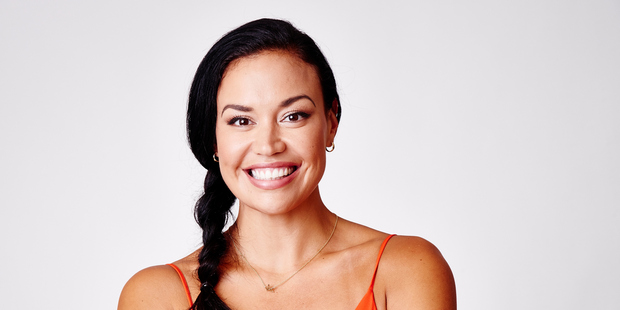 It looks like the New Zealand Bachelor is not without their own situations. This year on Chris Soules season of The Bachelor we learned that contestant Jade Roper had an arrest record and had a past as a nude Playboy model–aka someone at ABC did not do their job vetting or even Googling the contestants. And it looks like The Bachelor New Zealand did not quite do their homework either because contestant, 33-year-old mother of two Danielle Le Gallais also has an arrest record! — and it’s a pretty bad one. She was sentenced to 18 months’ in jail for stealing almost $40,000 from her employer, the Weekend Herald reported.

Le Gallais told Bachelor Arthur Green, 26, she did not want to “omit details” about her life, and shared that she was the mother of two boys, but strangely made no mention of her criminal record or her 18 months in jail!

As a side note— I find this sort of funny considering usually Bachelor contestants are guilty of the early overshare like when Kacie B. felt compelled to share her teen age bout with bulimia (including self-induced vomiting at a Super Bowl Party) with Bachelor Ben on their first date, but THIS — Danielle Le Gallais‘ extensive arrest record—-was a situation that really needed to be shared asap because it may affect Arthur’s decision early on. Who knows?— an 18 month stint in jail could be a deal-breaker for some people.

Le Gallais must have made quite an impression on Green because she was the second women to receive a rose night one. She confided in him that she gave up training for an Ironman to do the show. Art made it clear that fitness was a quality he was definitely looking for in a woman, but was jail time?

She also confides that she is a “proud mother” and told the camera: “I was a little bit reluctant to tell him that I was [a mother]. I felt that if I didn’t tell him, then I was omitting details.”

Maybe it’s because I do not understand New Zealand culture but I am getting some red flags here.

And another small problem is that her 18 month stint in the slammer was not her only criminal offense.

The Weekend Herald also revealed that she was in trouble for: “misleading the Ministry of Social Development, driving offenses, and Tenancy Tribunal cases involving thousands of dollars of rent arrears on two properties.”

I am not here to judge NZ, but my advice is cut your losses here.