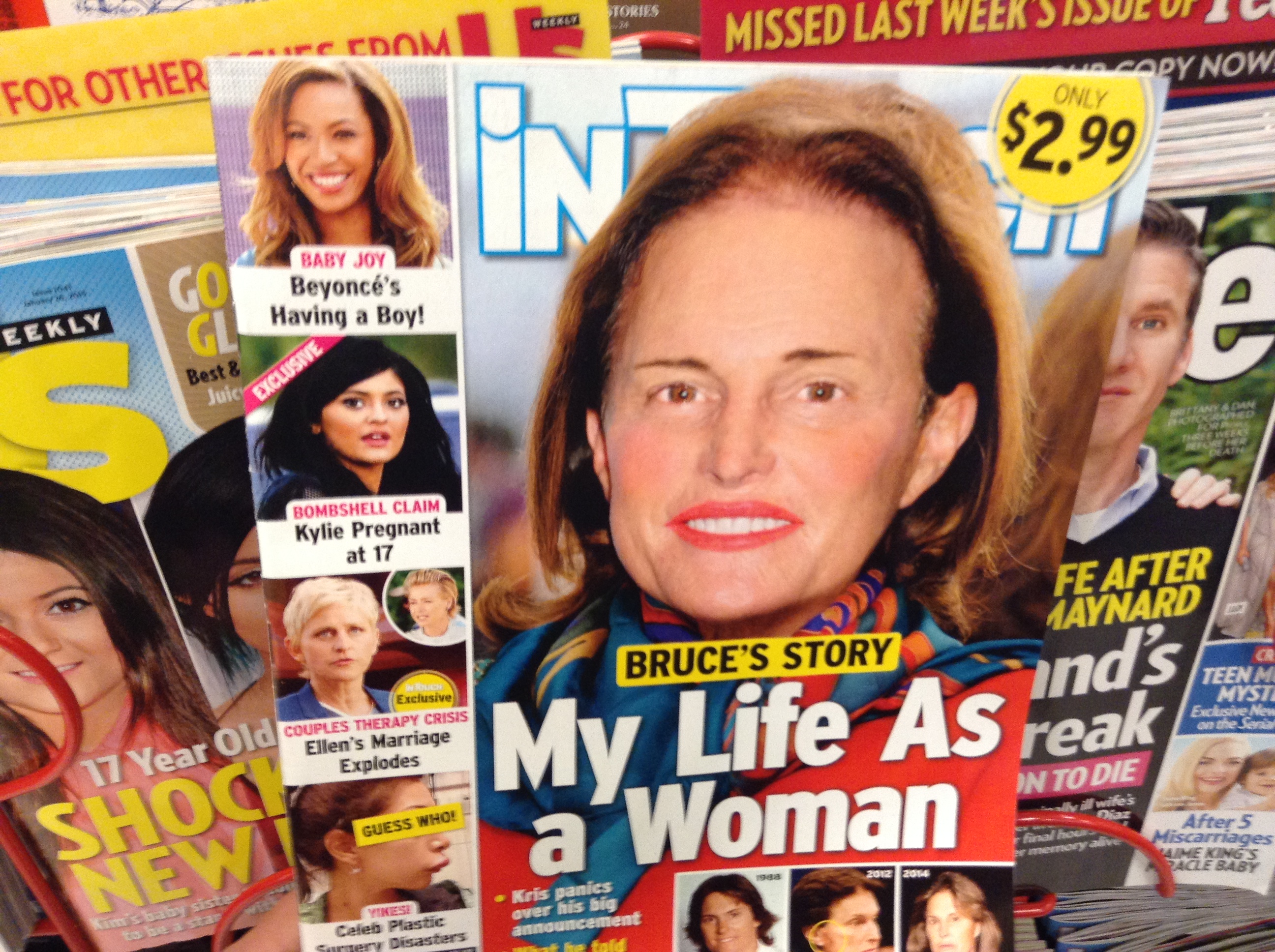 Bruce Jenner was almost ‘Aunt Heather’ to his children! Whaaaat???! Normally I do not get sucked in to the gossip swirling around non-D-List celebrities, but I had to make an exception for this mega-situation. This interview from Bruce Jenner’s 2nd ex-wife Linda Thompson delivers some shocking details about Bruce’s previous transition attempts.

So we all know the Olympian declared his transgender status publicly Friday night on 20/20 and we all know his family was extremely supportive, but what we did not know were some of the details about Bruce’s long history of dealing with this issue and some failed plans in the past to make the big switch.

Linda Thompson is Bruce’s 2nd ex-wife–she is the mother of Brody and Brandon Jenner. The two met in 1979 at the infamous Playboy Mansion while Bruce was in the process of separating from his first wife. They married in 1981 and lived in Hawaii.

She spoke in a column for the Huffington Post about the situation.

She claims that Jenner told her in 1985 that “he identified as a woman” and wanted to follow through with the complete transition.

She said that Bruce considered traveling out of the country for gender-reassignment surgery and returning to the United States as female, where his children could meet him as “Aunt Heather.”

Whoah!!!! Wait a second….does that mean his kids almost never knew he was their dad?

So world famous Olympian Bruce Jenner was simply going to disappear off the face of the earth with no explanation? How was that going to look? That’s my favorite part of that revelation.

So Jenner actually began the process of sexual reassignment in the 80’s. I think everyone’s jaw dropped when Bruce said that when he got together with Kris Kardashian he already had a 36B cup!!

Anyhow Bruce separated from Linda after he began taking female hormones and removing his hair through electrolysis. And apparently his young children even noticed and asked when the Olympian started developing breasts.

He and Linda were not close after their separation but now she is very supportive of his decision.

It’s quite a fascinating tale in retrospect and interesting learning that Jenner had come so close to making the change in the 80s and lost his nerve. I am still a bit speechless with these new details. I hope we will continue to learn more about this situation.