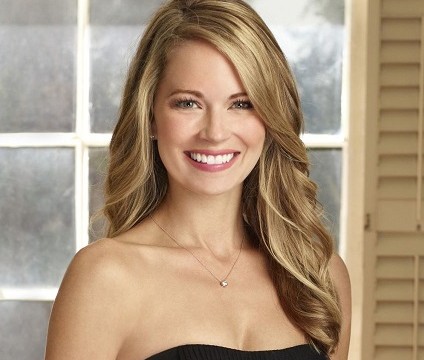 Parents: Her parents divorced while she was in high school.
Mother: Bonnie Eubanks
Father: Robert Eubanks
Siblings: she has a younger sister, Cayce Eubanks
Her family has been in South Carolina for ten generations.
Religion: Baptist, Cameran is also a practicing witch

Relationship status: Married to Jason Wimberly (Jason & Cameran had been a couple for three years prior to marriage in 2014)

Her parents divorced in high school, deeply affected her, and she continues to become emotional when speaking of it. MTV.com describes her as “warm, friendly and down to earth

She starred on The Real World: San Diego (2004) at age 19 and was known for being a bit of a busy body. She was on the season of Real World with Frankie Abernathy who died of cystic fibrosis.

update (April 26, 2017) Expecting her first child, a girl, with her husband Jason Wimberly this fall.

Andi Dorfman responds to Josh Murray about 'not missing her'