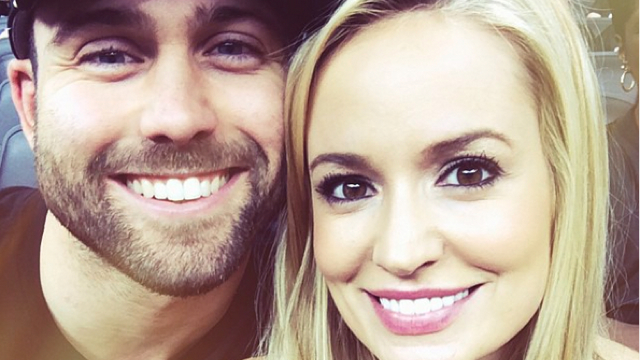 Great news for Emily Maynard, 28, and new husband Tyler Johnson revealed during an interview with WCCB Charlotte News. Emily revealed that she was pregnant back in January, but she just told the local paper that the two are having a baby boy!!

The former Bachelorette told the paper:

I guess the name “Ricki” is off the table since that is the name of her 9-year-old daughter. Ricki was named after Maynard’s late fiancé, NASCAR driver Ricky Hendrick who died tragically a decade ago in a plane crash.

Maynard met Tyler in her Hometown of Charlotte at her church after her failed engagement to Jef Holm in 2012 and Brad Womack in 2011.