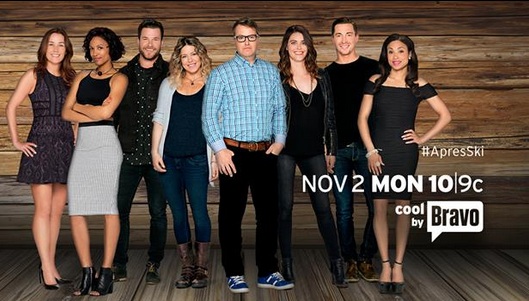 It’s about time Whistler, British Columbia is the set of a Bravo reality show!

Bravo teases “When the rich and famous want the ultimate winter ski vacation, they call these guys.””

“Luxury and world-class ski resorts attract instructors from all over the world vying for jobs on the mountain to showcase their expertise while delivering the premiere experience to their demanding clientele. It’s the ultimate synthesis of business and pleasure for the staff, as they ski by day and lodge together by night. From fresh tracks to Après Ski off the slopes, you can be sure that instructors and guests alike seek thrills both on and off the mountain.”

Check out the trailer below before Après Ski premieres Monday, Nov. 2 at 10 p.m. ET on Bravo.

Produced by Tricon Films and Television, with Andrea Gorfolova and Jeff Hevert serving as Executive Producers.