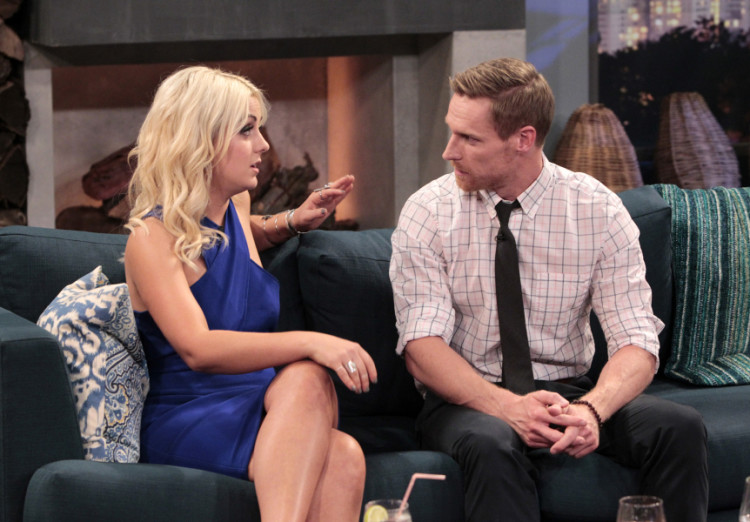 The break up between Bachelor in Paradise contestant Carly Waddell and Kirk DeWindt was hard to watch on the season finale. The two seemed perfect for each other and looked like the most compatible of all of the remaining couples.

But unfortunately Carly was blindsided by Kirk when he revealed that he did not share the same feelings for her and did not feel right pursuing things off-camera.

In fact she was visibly shaken on the finale and on After Paradise Monday night when she confronted Kirk for the first time since their June break up. And the break up didn’t make a lot of sense, because Kirk never men tioned on camera that he still had feelings for an ex girlfriend.

But now we know that that is what was going on behind the scenes….Kirk had casually mentioned an ex a few times on the show suggesting that he wanted to take things slow since he had recently ended a relationship of two years, but it was not clear that he still actually had feelings for her.

So apparently Kirk and Carly talked after the show ended and Kirk revealed that it was his feelings for an ex girlfriend that prevented him from being able to fall in love with Carly.

Ex-Bachelorette and one ex-girlfriend of Kirk’s, Ali Fedotowsky spoke to Carly recently and discovered the info about the lingering ex girlfriend at the heart of the situation.

“Did you and Kirk talk more after After Paradise?”

“We have talked a few times after paradise. Kirk actually had an ex at home that he couldn’t get out of his head…so he went back to pursue what he had left at home. He said the more the weeks went on…the more he felt like he was stepping backwards to her…instead of forwards with me. It hurt hearing that, but gave me a giant sense of closure……..I didn’t bring this up on After Paradise because I didn’t want to make it about a 3rd party member, and I wanted him to bring it up first and foremost…which he didn’t. I’m not sure about the status of that relationship.”

So exactly who is Kirk Dewindt’s ex girlfriend?

It looks like the ex-girlfriend is this lovely lady…23-year-old Kaari Jensen from Golden Valley, Minnesota and she also works in fitness. The two were still together last year and for the Holidays. The break up between Carly and Kirk was especially painful to watch since Carly missed her brother Zak Waddell’s wedding and reception to find love on the show.