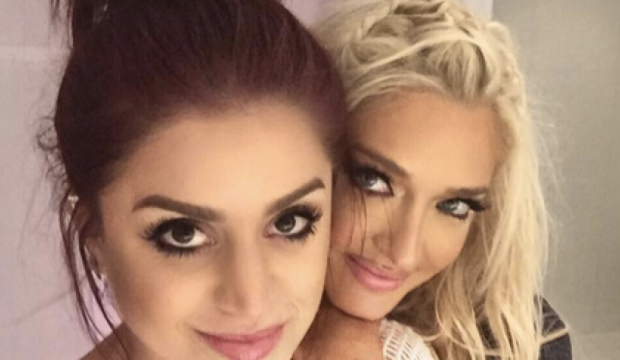 Erika Girardi is the latest amazing lady to join the cast of the Real Housewives of Beverly Hills on season 6 of the show. She is a singer/dancer known by her stage name Erika Jayne and actually has quite an impressive cult following — especially within the LGBT community.

When she was 18, she moved to New York City to pursue her dream of becoming a singer and performer. She was married and had a son just before turning 21. After divorcing her 1st husband, she left New York and moved to Los Angeles at age 25. Erika worked as a cocktail waitress for years until she married famed attorney Thomas Girardi, 75. Tom became famous when he worked with Erin Brockovich to sue Pacific Gas & Electric on behalf of 650 residents of the desert community of Hinkley, California and won $333 million. He is a founding partner of Girardi & Keese in downtown Los Angeles.

The two live on a five acre, 1920′s estate in a historic mansion in Pasadena, California.

As for Erika’s music career, she first appeared on the club music scene in 2007 with the electro-hued track “Rollercoaster”. The next year she followed it up with the single “Stars” — Both songs went to number 1 on the U.S. dance tracks chart.

Her music has been featured in The Watch starring Ben Stiller and Jonah Hill and The Neighbor, Deal–as well as on the reality show: Toddlers and Tiaras

In the 90′s Erika appeared in some small roles in film and television, including High Incident, Lowball and Alchemy.

The pop star admits to having a bit of plastic surgery including a nose job and breast implants.