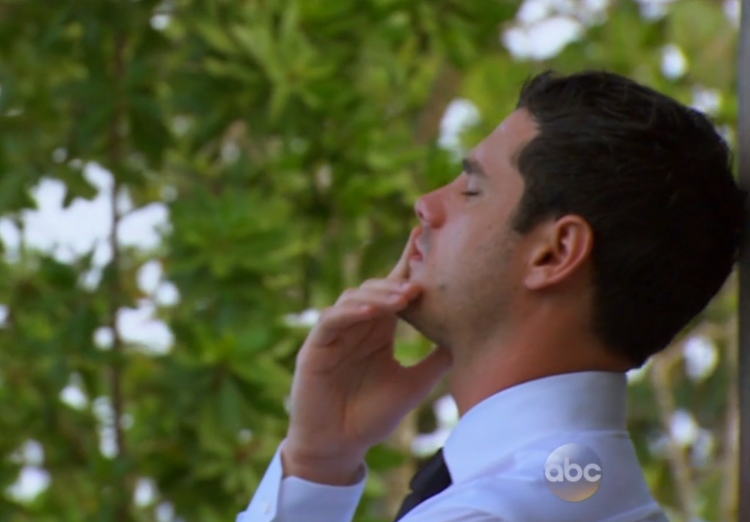 Newsflash: 26-year-old Bachelor Ben Higgins is really on The Bachelor to find love. Historically Bachelors are notorious for using the show for fame (Juan Pablo). Not to mention they know the show will seriously increase the pool of ladies in the real world vying for their affection. But sweet sensitive Ben Higgins is really looking for a life partner and not just a good time in the Fantasy Suite.

And the process of finding love in 9 weeks worked and maybe worked a little too well because he fell in love with his two finalists which made his final decision “brutal” in the words of producer Mike Fleiss. Without revealing who the final two are, it’s between Caila Quinn, Lauren Bushnell and Jojo Fletcher.

“I was a little bit shocked that he really did get there with two women,” ….”It’s not something you can script. It just doesn’t work like that and he’s just not that good of an actor. It really just was something that happened and it took us all a little bit by surprise.”

Chris goes on to claim that Ben did “such a good job” compartmentalizing his feelings for the two final girls – and possibly “too good of a job!”

In the end he does propose. But according to producers Ben was torn even while he was choosing the engagement ring!

Here’s a preview of the finale….