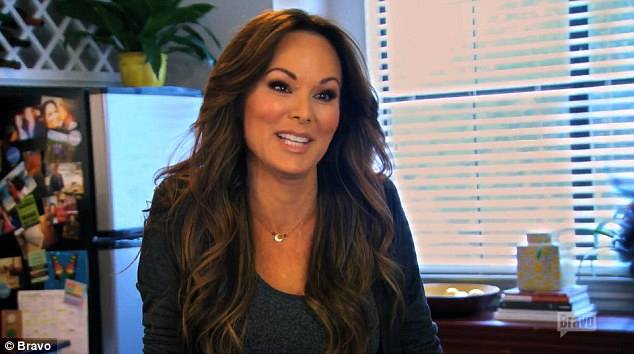 The official cast of the inaugural season of Real Housewives of Dallas season 1 has just been announced and one of the 5 stars is 44-year-old host/actress/model Tiffany Hendra.

Tiffany is a well-known for her gigs on VH1, NBC, FX, Comedy Central, Showtime, and Spike TV.

Tiffany was born August 21st, 1971 Tiffany Rochelle Bolton and comes from a very interesting ethnic background. She is Japanese, Czechoslovakian, Cherokee & Chickasaw. Her father is half Japanese. But the 5′ 7″ tall actress/Fashionista is also all American! She grew up in Houston, Texas.

Despite being a Texas native she used to live in Los Angeles with her husband Australian singer-songwriter Aaron Hendra. In fact Tiffany lived in Los Angeles for 15 years and only recently moved back to her home state of Texas. Her and her husband have been together since February 11th, 2004.

Tiffany became one of twenty finalists when Oprah’s new network OWN had a contest in which contestants pitched a reality show idea directly to Mark Burnett, Executive Producer of Survivor and The Apprentice.

Since then she started hosting and producing her own web series called Sanctuary of Style on her YouTube Channel.

Interestingly the former adult film star leads a Prayer Circle and Women’s Spiritual Empowerment Group of industry professionals which I think/hope we will learn more about on the show.

So Tiffany looks like she will be fun to watch when The Real Housewives of Dallas premieres at 9 p.m. April 11 on Bravo.