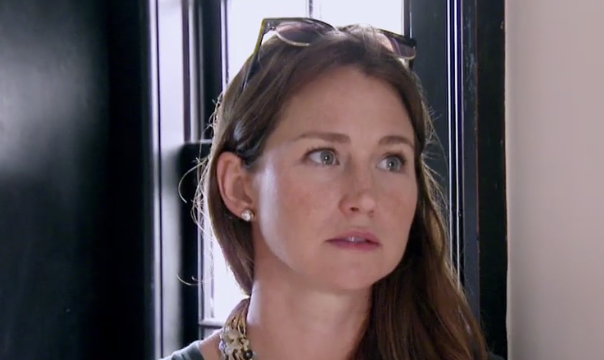 Southern Charm star Landon Clements arrived on the hit Bravo show on the second season after moving back to Charleston from Los Angeles. Interestingly she already has a history with some of the cast members…at least with Whitney Sudler Smith and Shep Rose. And she actually has a pretty fascinating back-story.

Here are a few very interesting things to know about Landon.

1. Her first name is not Landon! Her first name is Ansley. She was born 34 years ago Ansley Landon Clements to mother Cynthia “Cindy” (née Bankhead) and father Michael Clements in Georgia and raised on the infamous Jekyll Island!–Well actually St. Simons Island which is part of the Sea Islands and one of the Golden Isles of Georgia barrier islands.

2. She has known costar 34-year-old Shep Rose for over 14 years. The two know each other from the College of Charleston. They met when she was 20 and Shep rented the house behind hers.

3. Her ex-husband Entrepeneur James Maby was married to Clueless Actress Stacey Dash. So Landon was step mom to the the 12-year-old daughter of James and Stacy….Lola Maby for 7 years. 4. She signed a prenup so walked away from her 9 year relationship with nothing. On the show she says,

5. She appeared on the MTV show The Hills while living in LA. Has EVERYONE on Bravo starred on “The Hills”? She starred on the hit show in 2008 as Brent Bolthouse’s assistant alongside Heidi Montag. Vanderpump Rules star Tom Sandoval also appeared on the show. 6. She worked in interior design at SBE and Philippe Starck as they developed hotels, restaurants, and nightclubs. This season Landon is season sort of aimlessly looking for a way to turn her interest in painting into a career of some sort.

7. Her family is filthy rich. Don’t feel too bad that Landon walked away from her 7 year marriage with nothing. She will be just fine. Her family is insanely wealthy. Her father Michael grew up on St. Simon’s island Georgia and has been developing there since the 1970s.

8. She knows Producer Whitney Sudler Smith from Los Angeles where Whitney lives part time. It looks like Whitney found virtually all of the cast members.

Was Lisa Rinna fired from the Real Housewives?

Who is Bachelorette contestant Chad Johnson?