Are Southern Charm cast stars paid to be on the show? 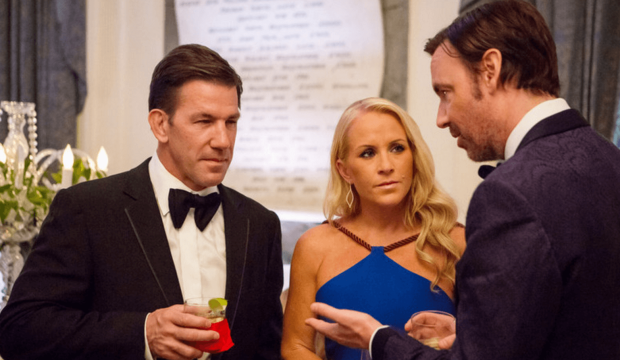 The funny thing with all of these reality shows is it’s really hard to imagine committing to publicly embarrassing yourself on national television…especially if there is no monetary compensation.

So I am always really curious to know if these stars get a pay check for their less than flattering performances. And I found this great little snippet on a reality TV forum where Southern Charm star Jennifer Snowden, 33 weighed in to answer some questions from fans.

So are Southern Charm cast stars paid to be on the show?

“So glad you mentioned this!! Ok when Thomas said “she’s been in my bed a few times” – he wasn’t referring to he & I. My boyfriend at the time, Andre, was renting Thomas’s house on Church Street (furnished) so he was making a joke about that, not saying I had ever spent time with him in his bed. Because I definitely have not. That was made clear at the dinner but for editing purposes it was left out for obvious reasons.” So here is the gem that gives us some insights into the behind the scenes shuffling that producers do to amplify their scandalous storylines.

“And I didn’t just show up to events: I was contacted by producers to be a cast member on the show. I have a contract & was paid. Not everyone is. So…being at any filming ‘event’ was because I was doing my “job” as a cast member, not crashing a party. But I understand how it looks that way when you’re not familiar with how reality shows work; until I was on the show I didn’t know how it worked either & boy is it a convoluted process!! For better or worse, I’ve not since been able to even watch reality shows & that’s about the only tv I enjoy.”

So I guess tonight when Snowden goes to Patricia’s flamingo party to confront T-Rav she was “just doing her job”.

Obviously it means producers really wanted to create the illusion that T-Rav had slept with Snowden. I don’t know why since there is NO shortage of drama swirling around T-Rav! Why did Bravo feel they had to make some up?

I guess because they wanted a face to attach to the scandal.

Interestingly this revelation lends credence to allegations that the show may be a tad bit scripted. In fact remember in season 1 when it came out that Jenna King’s role on the show was a sham?

This also begs the question ‘who is NOT paid?’ And given last Monday’s episode showing Landon Clements begging her wealthy father for some money I have to suspect that Landon is one of the unlucky ones who does not get a paycheck.

If I had to guess I would say that Ravenel definitely gets a nice check as does Whitney Sudler Smith given that he is a producer. I also suspect Cameran Eubanks is paid, or at least was paid in the beginning because she was a sort of big D-Lister (from Real World) that could draw viewers.

As far as Shep Rose and Craig Conover? I don’t know. Probably not Craig since Craig is just a working class boy from Dagsboro Delaware with no connection to Charleston royalty and he is a major status seeker who would do the show for nothing..and since he had to move back in with his parents after last season wrapped and he lost his job.

I think Shep would do it for nothing because he is so laid back and so wealthy he doesn’t need the cash, but he also has a nice pedigree for the show. How bout Kathryn Dennis? Her baby daddy Thomas Ravenel revealed that Kathryn is paid a 6 figure salary for being on the show…not bad considering T-Rav pays her paying $3,100 a month for rent on top of that.

What do you think?

Did Jennifer Snowden and Thomas Ravenel hook up?