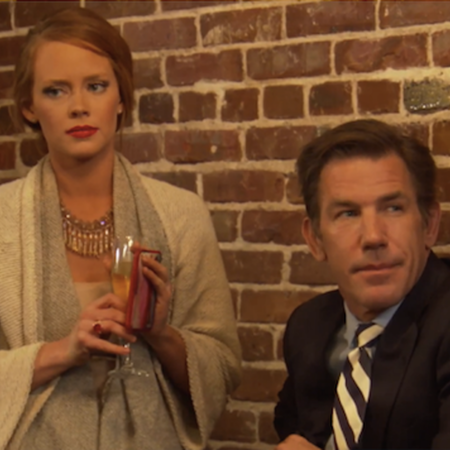 Now after facing off on reality television, the two will face off in real life in a Charleston County courtroom over their two young hostages…I mean children.

A family court judge in the Holy City will hear a motion to seal the case next Wednesday at 2:00 p.m. and a hearing on the merits of the case will be heard on June 27th.

T-Rav insists that Dennis is keeping him from seeing his kids, but Dennis told Sirius radio,

“He hasn’t called me, talked to our kids, seen our kids in months,” ….. “He hasn’t given me money. So that’s kind of why I’m asking for his help and support.”

Although, to his credit Thomas does pay $3100 a month in rent for Dennis and the 2 kids so he is not entirely a deadbeat Dad despite the fact that Kathryn claimed on Twitter that he has not paid her a “dime” of child support. Thomas believes the animosity from Dennis is a result of a single photo that he posted on his Instagram account on Valentine’s Day.

“It all started because someone sent her a picture of me and some girl in D.C. So I’m just not going to post any pictures.”

Well if it makes you feel any better Kathryn, Thomas is no longer with 26-year-old DC Real Estate agent Nadia Bakalova. She has recently taken a new lover.