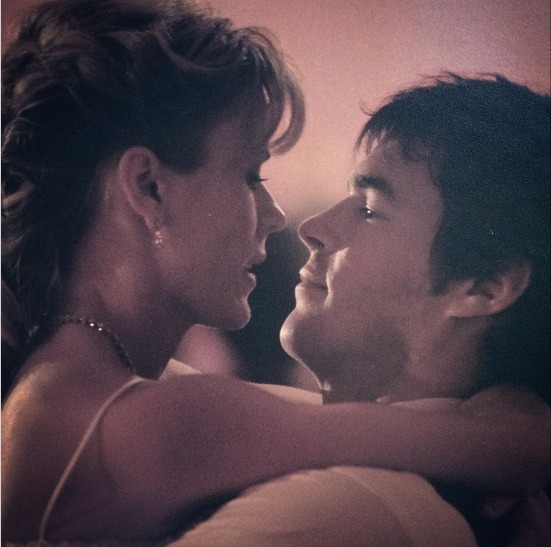 Attention Bachelor Nation!!! You can now see where it all began and watch Trista Sutter’s season of The Bachelorette online!!

It’s hard to believe that it has been 13 years since The Bachelorette first aired on ABC!! Yep, then 30-year-old former Miami Heat cheerleader Trista Rehn had just had her heart broken by Bachelor Uno, Alex Michel. In fact she was devastated on the finale — little did she know as she drove off sobbing in that exit limo that ABC was even considering creating a masterpiece called The Bachelorette.

I have told my good friend and fellow Bachelor mega-fan Penny Farthing that Trista Rehn, now Trista Sutter was the best Bachelorette ABC has ever seen. Her professionalism was rare and without equal, and her relationship with winner Ryan Sutter is still going strong 13 years later.

So I was thrilled when Penny emailed this link showing that ABC would FINALLY be streaming Trista’s season aka season 1 of The Bachelorette on their website!!!

As a dedicated Bachelor Bachelorette historian—that’s right I have been obsessed with this show since day 1 — I have always said there was something really amazing about the early years. There was a purity to the show. The guys had real jobs—or actually I should say the guys had jobs…no one’s “occupation” was “former_______”.

And the men did not know if they lost they could be chosen to lead the next season or they could be sent to Mexico to star on Bachelor in Paradise, or that they could turn a half-ass effort into finding a life partner on reality TV into a full-time job.

In other words, for the most part their motives were real back then.

It was before producers got in to their groove and turned finding love in 9-weeks on reality TV into an algorithm that began with a freshly hosed driveway and an entry schtick, and ended with the “most dramatic rose ceremony in Bachelor history”, before the equation included hot tubs and helicopters, and a cast member using the show to get a record deal, a villain, a crazy person, a drunk guy, etc.

It all sort of unfolded organically…..just like Chris Harrison’s carefully crafted hand gestures. Chris was tautly tucked in every scene and his words were meticulously and painstakingly chosen. The seriousness with which he took this job, the seriousness with which he used the butter knife to ring his champagne glass to announce “gentlemen the cocktail party is over” was simply….unparalleled.

It’s before CBH kind of started phoning it in.

So I am feeling sort of nostalgic as I watch Trista’s season.

I just saw Trista meet future husband Ryan Sutter, then 28, for the first time and you can see it really was love at first sight.

It’s also fun watching the show now that we know what was happening behind the scenes. Like even though producers had fans totally duped into thinking she may choose the very handsome and successful Charlie Maher …now we know how obvious it was behind the scenes to them that it was Ryan.

In fact after the season wrapped Producers claim it was ridiculously obvious because her and Ryan were having sex all the time. Haha!!

Anyhow as you now know,

Trista and Ryan fell in love on season 1 and married on December 6, 2003 on ABC. They now live in Vail, Colorado with their two children son Max and daughter Blakesley. Ryan is a Lieutenant with the Vail Fire Department and Trista is now a stay at home mom.

Seriously, join me in seeing how it all began and in watching season 1 streaming now on ABC!!