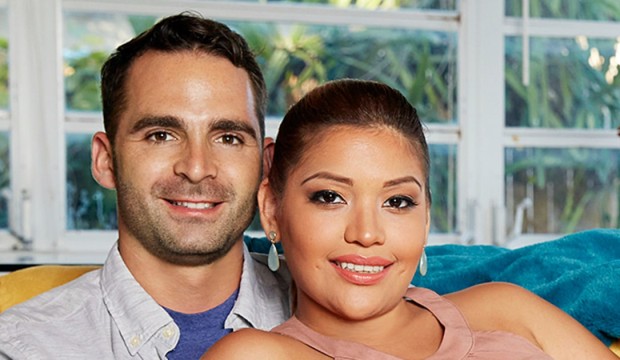 Tonight is decision day for the remaining couples of Married at First Sight. Yes the couples have completed their mandatory six weeks as newlyweds and now get to decide of their own free will whether or not they like one another and want to remain married.

First their is the obligatory vision board (so 2007) to see if the couples have the same “vision”.

Tom Wilson and Lillian Vilchez appear to be the most likely couple to make it (and that is not saying much, but at least this couple was having copious amounts of sex). Things have gotten a bit rocky towards the end however.

The two have disagreed over things like whether to have children or not and whether to live in a home or a car. But tonight Tom revealed that he’d like to adopt a child some day. “I am OK with adopting, as long as the first one comes out of me,” Lillian told cameras — seems reasonable.

Another big difference centered around money. Lillian wanted to make some and Tom was fine with being homeless. “If you want to really accomplish your goals, you have to work harder to make them a reality,” Lillian said. Tom replied that he wanted to “live a life that was very carefree.”

After exchanging some gifts, Lillian said she’d made her mind up about whether she wanted to stay married or divorce in front of Rachel DeAlto and Pastor Calvin Roberson. “It’s been quite the journey,” Tom said.

“I care for you so much,” Lillian gushes.

“I want to look at the positives in our marriage and the good we’ve been through, and I would like for us to give ourselves the opportunity to grow in love,” ….. “but I have decided that I would like to stay married to you.”

I supposed the contestants have had some coaching from producers who insist they make us think they are going to choose divorce thus the importance of using the word “but”, even if incorrectly.

“Lily, I’ve thought all night and all morning and still couldn’t make up my mind about exactly what would be good for you and I, and my biggest concern is that if I’m not happy, then I can’t make you happy, and I’ve always put happiness on a pedestal, and I focus on how happy I am now versus how happy I was before our marriage began. I feel like the hardest thing about this is that you are such a great person, and … I have decided that I want to stay married.”

Alright, so now its time to talk about whether these decisions are motivated by anything…like money. I’m sure producers are freaking out about the disastrous past 2 seasons and are desperate for some good PR. According to insiders the couples are paid based on how long they stay together.

Interestingly a few days later when Tom and Lillian met up for brunch they appeared very happy and affectionate. So hopefully these two can make their budding and tenuous relationship actually work.