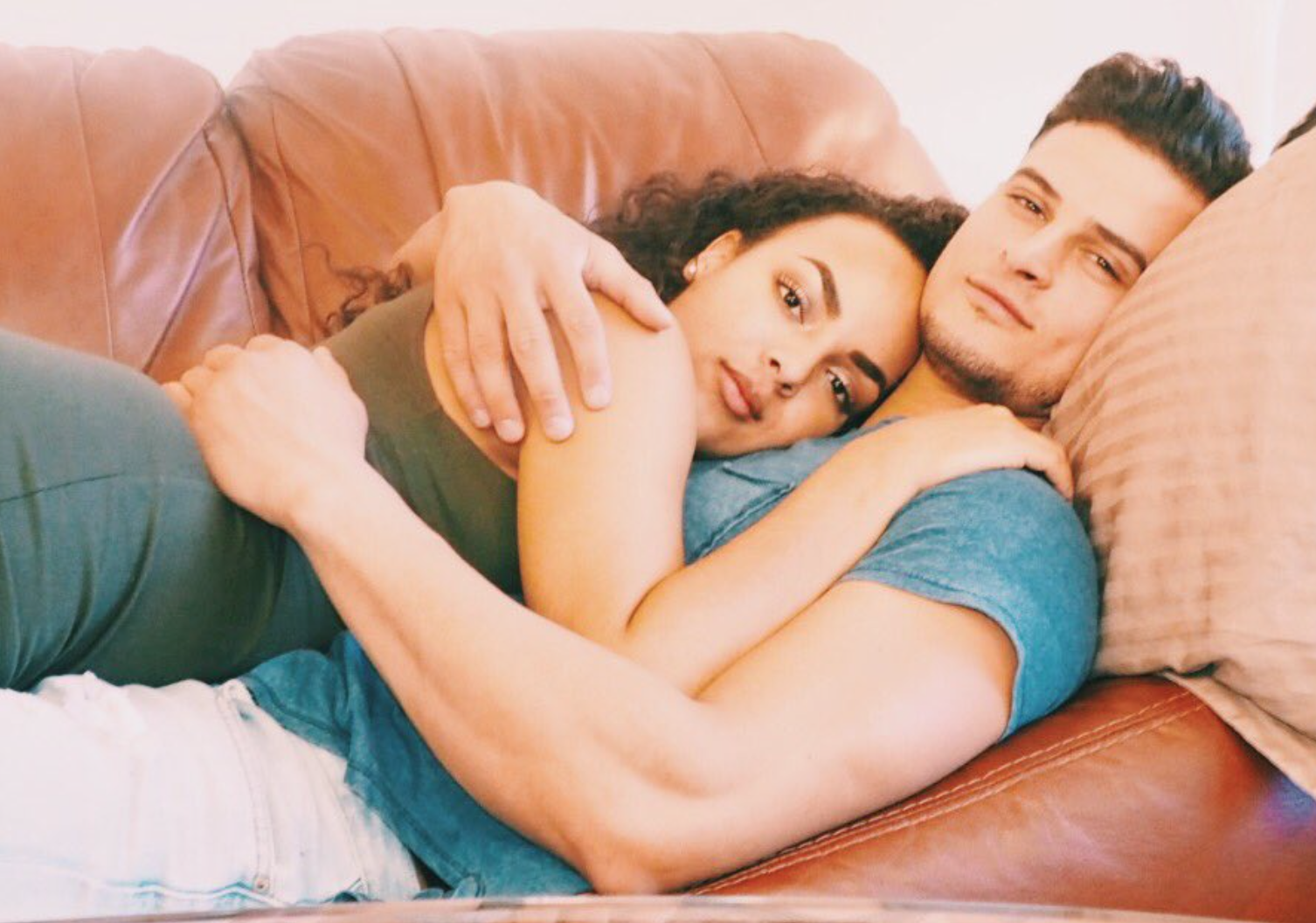 One of my favorite new reality show couples is Evan Betts, 28 and Diandra Barnwell, 27 from E!’s So Cosmo, because these two seriously and genuinely dig each other. In fact I would dare say this was love at first sight. Evan came in to Cosmo to interview for a gig as the magazine’s personal trainer to consult on fitness stories, etc.

He was immediately enamored by the Assistant Brand Coordinator—asking her where she got her curly hair and confiding that he was mixed race too. The two went on a date that evening, but Diandra slammed the breaks on the fledgling relationship after a brief smack down from her boss Joanna Coles after Diandra tried to essentially sabotage Cosmo but suggesting the other less hot, less charming trainer was a better fit for the job because she wanted to save Evan for herself. Cosmo decided that Evan was the best choice for the job anyway, but Evan was devastated that Diandra started icing him out. In fact he cooked up a plan with co-worker Tiffany Reid to make Diandra jealous and it worked. Diandra became insanely jealous in the Hamptons after it appeared that Evan and Tiffany had spent the night together.

But the two quickly revealed that they were just punking Diandra in order to help her admit her true feelings for Evan. Diandra conceded and the two start making out and start to officially, albeit quietly, date.

Last Monday things really started ‘heating up’ after Evan and Diandra went to Miami together to scout a photo shoot location during a hurricane.

“This is something thats been a long time coming and I’m into it. I’m all the way in to it. Let me tell you.”

Then we see Evan retire to Diandra’s bedroom for an overnight.
Evan is very coy about their night together in his ITM, but his little smirk says it all. But things got tough tonight when co-workers start to worry about the impact this relationship will have on her work after several co-workers warn her to ‘watch out’ including her mentor  and ‘head of talent’ at Cosmo, Holly Whidden.

So tonight Diandra once again put the breaks on the new relationship and both are devastated.

“This was a hard moment for both of us, @DiandraBarnwell. #SoCosmo” Evan tweeted.
So are these two back together?
Maybe….in fact I’d say probably judging from the evidence. When one fan inquired about the current status of the relationship Diandra replied,

Not to mention the less than subtle photo D posted today with the caption “whats meant to be will be”.

And given the copious collection of Evan and Diandra embracing photos both are posting on social media I think things look promising.

Thank God, because these two are ridiculously adorable together. I needed a couple to get behind after feeling a bit jipped by The Bachelor.

So Cosmo airs Tuesdays on 8pm on E!

3 thoughts on “Are Evan Betts and Diandra Barnwell still together?”