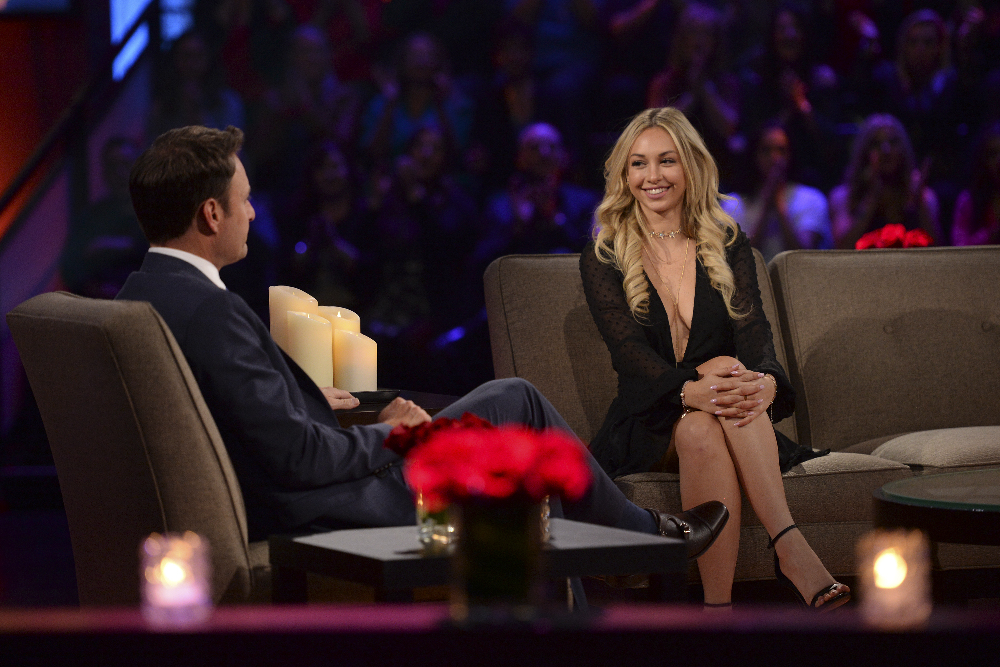 I am sure by now you have heard that a serious situation goes down on the set of season 4 of Bachelor in Paradise, so serious the situation shut down production and almost ended the season all together.

But thankfully after a full review of the the video by a team of attorneys and producers it was determined that no misconduct took place and the season can air!

That said, count on it being seriously downplayed.

Corinne Olympios has always been really vague about what occurred, but she did refer to it at one point as ‘sexual assault’. The term, in my opinion, suggests rape, but no intercourse happened.

Oral sex did happen–Corinne on the receiving end.

DeMario was devastated by the allegations and wanted the truth to air.

Thankfully we will at least see some edited footage of the controversial pool encounter.

“I’m glad footage of that day is being shown. I’ve always stuck to my truth and said, ‘roll the tape,'” Jackson told ET.

“This is a victory for all men who have been falsely accused.”

“This is 30 minutes into Paradise, Corinne and DeMario are already having a blast, hanging out with each other n the pool,” contestant Alex Woytkiew says in the preview.

DeMario says he has no hard feelings towards Olympios, but the fact that the two can not tape in the same room speaks volumes to me.

I just saw on ET that Corinne claims she was on a prescription medication that should not have been mixed with alcohol and lowered her inhibitions. I suspect the gesture of contrition is all a result of the undisclosed lawsuit settlement. Olympus sued production over the situation and the suit was quickly settled.